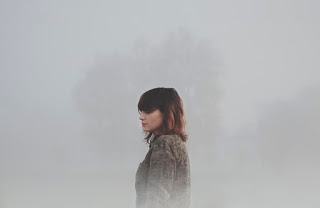 Background promo - Talking about Tug Of War Serrat says; "Tug of War is a song that talks about the people of my generation that once followed all the paths we were told to walk. We did obey, believing in what we've been told. At the end of this road we were supposed to find the good life and all that we end up seeing is a death land. We are going to be the first generation that won't surpass our parents."

Cross The Verge, just as its name promises, shows us another side of Joana Serrat, who so enchanted audiences on her 2014 album Dear Great Canyon. On Cross The Verge, her third album, Joana lays bare all the cracks, inconsistencies and fears that come with life, with the album revealing itself to be an especially beautiful tribute to the acknowledgement of loss and the acceptance of the uncertain.

To record this album, Joana Serrat travelled from her home in Vic, near Barcelona, to Montreal, Canada to team up with producer Howard Bilerman (Arcade Fire, The Barr Brothers) in his analogue studio, The Hotel2Tango. In the recording process Joana was joined by the likes of Gavin Gardiner (The Wooden Sky), Aaron Goldstein (Daniel Romano, City & Colour, Cowboy Junkies) and the acclaimed Canadian auto harpist and vocalist Basia Bulat. Elsewhere, Neil Halstead (Slowdive, Mojave 3) and Ryan Boldt (The Deep Dark Woods) joined Joana in two duets from two different approaches; the shimmering pop of Cloudy Heart and the wrought Americana of Black Lake.

Howard Bilerman’s approach results in Cross The Verge feeling like a natural progression and a show of real maturity. Her ability to never waste a lyric or syllable where something need be said and never miss an opportunity to breathe life into a song’s darker corners, illustrates her creative growth. Cross The Verge is a beguiling collection of songs that move with great ease between the precious evanescence of Lonely Heart Reverb, Oh, Winter Come or Flags, and the vigorous guitar sound that predominates in Desert Valley, Tug of War, and the moving Black Lake. There’s elegance in the trotting Americana rhythms of Saskatoon (Break of Dawn), I Follow You, Child and the crystalline Cloudy Heart.

This year sees a return to Primavera Sound Festival for Joana, with the festival’s El Segell del Primavera label releasing the album in Spain. Loose were quick to sign her up for the rest of the world, thereby providing Joana with her dream home for her unique talents.

'Tug Of War' opens with a rich musical texture, ideal for Joana's absorbing vocals. The songs fairly brutal message is delivered with warmth, and a sense of need to get the point over. It also suggests we are in for a real treat with her third album. 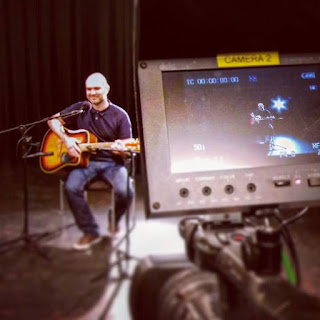 Background promo - From the home of innovative pop music - Nub Music - comes the New EP from self taught, Indie Rocker Jon Meadows – ‘Hymns’. Fresh from achieving a top ten album in 2015 award, Jon Meadows bridges the gap between albums with an EP of biblical proportions; 'Hymns' explodes with the anthem '1234' and reignites track after track. Standout track Mojo Rising has the grit and hard edged sound expected from Meadows whilst 'Mirror Sidewalk' shows a songwriting craft is being mastered.

Jon Meadows released his debut album 'Escape' on Nub Country Records on the back of the success of the raw and powerfully melodic single ‘Days Like These’. Voted on of the Top 10 Albums of 2015 by the renowned reviewer Mike Koehler; From the Kasabian sounding 'Pirates and Cowgirls' to the typically Liverpudlian sounding 'Break Me In Again' and the epic ‘Velvet Sky’, this album leaves you with hooks and melodies that you will be humming day after day.

Drawing inspiration from Kurt Cobain and Elliot Smith to Josh Homme and Lee Mavers, Jon effortlessly blends styles together to complete an entertaining and promising debut. Jon has been playing guitar since the age of 15 and decided at the age of 30 to start writing songs. 3 years later he has a catalogue of over 50 songs, receiving airplay on a multitude of radio shows.  Totally self taught on the guitar, drums and bass, Jon has a passion for creating soundtracks to people’s lives and memories.

This is one feisty EP. 'Mojo Rising' typifies the raw potent power that makes every track demand some attention. It's indie rock with a 'hard edge' to borrow the expression in the promo above. The other four tracks on the EP are no less passionate, albeit one called 'Mirror Sidewalk' allows you to catch your breath and suggests that Jon has a lot more to his musical creativity.