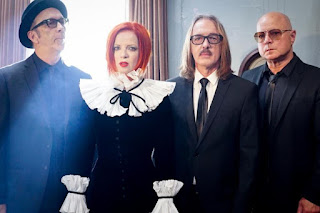 Garbage - No Horses. Background - Garbage yesterday released their new single "No Horses". All of the band's profits from sales and streaming of the single will be donated to the International Committee of the Red Cross through the end of 2018. "'No Horses' is basically a dream fueled anxiety attack. A dark imagining of the future in which a presiding regime values only profit and success leaving no room for tiny beautiful things, small gestures and great beasts," shared Garbage singer Shirley Manson on the song.  Earlier this month, Garbage released their autobiographical coffee table book, This Is The Noise That Keeps Me Awake via Akashic Books. The book includes never before seen photographs of the band as well as pieces written by each of the four band members. Throughout their upcoming tour, Garbage will be visiting a select number of indie record stores and bookstores across the country to sign copies of the book. A complete list of upcomin
Post a Comment
Read more

Earth Girl Helen Brown - The Stevens - People Like You 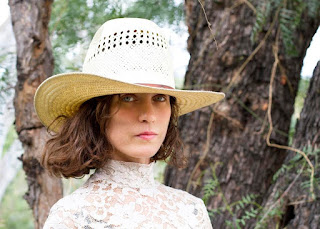 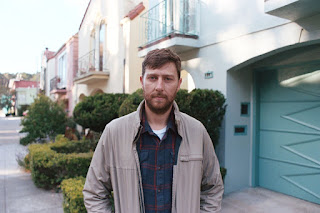 Joseph Childress - Virginia Bound. Background - "Virginia Bound" is the new single from the Self-Titled sophomore album by Joseph Childress. Joseph has shared intimate bills with many of folks top acts including Joanna Newsom, Kevin Morby, Little Wings, Devendra Banhart, Vetiver, Richard Buckner and Mount Eerie. His new LP will be out on October 6th of this year on Empty Cellar Records. Presenting Joseph Childress’ second LP release, following his 2013 collection of home recorded demos, The Rebirths. The tracks on this self-titled album are borne from Joseph's adventures throughout the West: working on a cattle ranch in Wyoming, riding trains and living out of his car. His poignant lyrics about loneliness and the western landscape are right at home with a stronger country sound that defines itself on the record's opening track "My Land." Singer-songwriter Joseph Childress started writing and playing music in the mountains of Teller County, Colorado wh
Post a Comment
Read more

Lomelda - Keep Shelly in Athens - Beaches - Jess and the Bandits 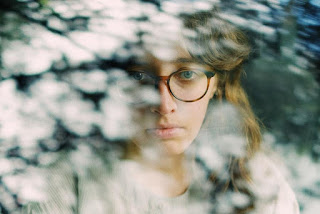 Lomelda - Interstate Vision. Background - Lomelda, who toured the UK earlier this year as support to Pinegrove, has released "Interstate Vision," the lead single from her upcoming album, Thx. Hannah Read, who performs under the moniker Lomelda, makes music that is textural and spacious.  Her words are suggestive snapshots of loosely knitted observations, depicting quiet moments between friends and lovers and half-remembered celestial occurrences. In her songs, the memory of the past and glimpses of future stretch out on either side of you, and the present is unsteady and always shifting.  f you were to ask Hannah Read what Lomelda means, you'd probably end up with some kind of non-answer and a new topic. It is a guarded secret reserved for those who really pry. It is a high school attempt at describing something vast and powerful yet uniquely quiet and complex. And it is ever-changing. Lomelda is about memory, intimacy, and the tragedies of distance.  As a band,
Post a Comment
Read more 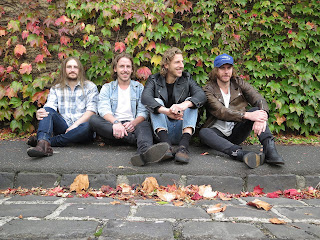 White Summer - Zero In Tennis. Background - White Summer have announced their 'Zero In Tennis' single launch shows along with a new video. After securing airplay on Triple M and Triple J off the back of the release of their EP‘ I Know A Place We Can Love’, White Summer gained momentum in the local and national scene and secured support slots with such acts as DMAs and Kingswood.  After two EP’s and Double A-Side releases, the guys have had their eyes set on displaying a complete body of work, their debut album.  “Zero In Tennis” is the lead single taken from the bands forthcoming debut album due early 2018 and was recorded at the Grove Studios with acclaimed producer Burke Reid who has worked with the likes of Peter Garrett, Sarah Blasko, Courtney Barnett and DZ Deathrays. Facebook here , live dates on Beehive Candy's tour news page. 'Zero In Tennis' is a vibrant alt rock type of song, where the energy and melody combine to make a splendid backdrop for s
Post a Comment
Read more 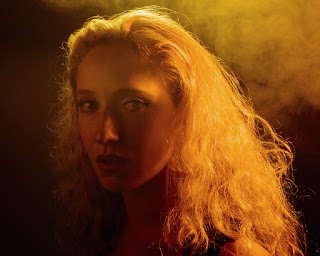 Skyler Cocco - Parasite. Background - On her debut album Reverie, Skyler Cocco blends her distinctive sound of effortless and soaring melodies with fuzzy and hook laden guitars in her own unique style of grunge pop.  Documenting her formative years of loss, grief, and maturation, Reverie became Skyler's journal and process of growth and healing.  In writing and recording her debut album Reverie, Skyler found her own voice as it became a portrait of her struggles with the loss of her father, depression and anxiety, and developed the maturity and skills to cope and share her experiences.  The early released singles, "Some Nerve" and "Ordinary Life", solidified her sound with a hybrid of alt-rock, grunge, pop, and electronic elements and dream-like soundscapes and soaring melodies that Pop Matters described as "a unique pop sensibility to heavy, guitar-based rock". Website here , Facebook here .  Photo - Joe Carrotta. Grunge pop is something of
Post a Comment
Read more 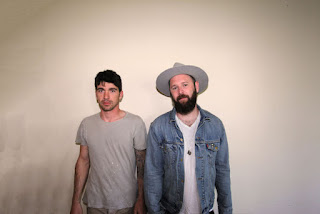 Native Sons - Say Nothing. Background - Bay Area, electro-rock duo, Native Sons, are excited to release their next single, "Say Nothing", from upcoming EP -- Super American. Perfect for a late night drive, "Say Nothing" features bouncing synth tones and eerie, longing vocals. Native Sons were born out of the ashes of blues rock band The Iron Heart. After making waves and playing 2013 Bottle Rock Music & Arts Festival alongside headliners such as the Black Keys and Kings of Leon, members Thomas and Justin decided it was time to follow a new musical journey. The Native Sons project took a backseat for the time being but was ever present in the hundreds of songs they wrote together of the next 4 years. It wasn’t until June of 2016 Thomas Fine and Justin Altamura decided to re-think their music trajectory. The duo called on friends and industry contacts to put together a roster of producers. Native Sons – Super American, their debut release, is a mix of pop
Post a Comment
Read more
More posts