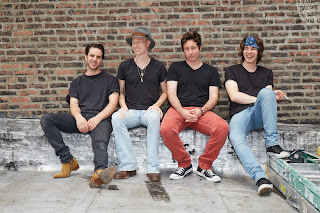 Background - NYC based Rock N Roll band, The Howlin' Souls is releasing their brand new music video, “Free & Young” yesterday. Formed in Downtown Manhattan in 2012, The Howlin' Souls have emerged onto the music scene with a fresh yet classic sound that has been welcomed by critics & fans alike.

Singer-songwriter, Pete Smith has infused his Indiana roots into his songs with raspy and honest vocals and lyrics reminiscent of Petty and Dylan. Pete’s guitar playing is supported by lead guitarist and New York native, Scott Sepe, who lends his nostalgic riffs to the Souls’ sound, pulling from the blues and modern rock standards he mastered as a teenager. The rhythm section is comprised of New England natives, Nate Lang (drums) and Robbie Sokolowsky (bass). Their shared love of classic blues, Motown and R&B offer a humble yet infectious back beat groove.

The Howlin’ Souls’ collective influence includes British rock greats The Rolling Stones, as well as the blues legends that inspired them - Muddy Waters, Jimmy Reed and the iconic Howlin’ Wolf (whom they honor in their name).

Fritz Lang, long time engineer with time at CBGBs, Record Plant NYC, Sigma NYC and others as well as touring with Miles Davis, the Stones, Prince and other icons of music, co-produced the record with songwriter, Pete Smith.

Smith and Sokolowsky self-produce the band’s music videos while Lang has been taking roles in front of the camera, most recently as drummer Carl Tanner in the Oscar nominated film Whiplash. In the Fall of 2016, the band released their first single, “Anyway You Take It.” Their debut self titled EP, The Howlin’ Souls was released Spring 2017. Website here, Facebook here.

With a strong rock groove from the opening notes, 'Free & Young' adds in some bluesy vocals and the atmosphere builds. The video adds to the feel on this no nonsense track. 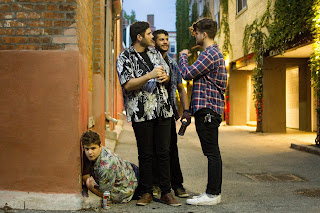 Dripping with summer soaked nostalgia, the track showcases the band's ability to straddle the line between beer induced debauchery and hook-filled singalongs. The song comes from their debut LP, out this September 29th.

Knifey's thoughts on the song, "Rio is a summer song. It’s a song about romance in an idyllic town, where the the sea is close and where you can’t help but run into old friends at every turn.  Cutting through the song’s bouncy rhythm, the lead guitar is blurred in a reverb haze like summer eyes after a long day in a chlorine pool.

Descending chromatic runs and a tinge of minor keys give the song that quintessential surf vibe. The song’s essence is the carefree, laid back bliss the seaside evokes in all of us. No schedules, no plans". Facebook here.

Surf punk track 'Rio' has all the vital ingredients with the choruses & guitar licks adding a surf flavour whist the vocals and rhythm add some punk edge. 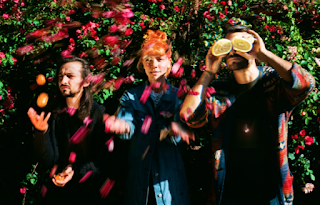 Background - Fresh off the announce of their reunion tour earlier this month, indie group Company of Thieves have released their new song, "Treasure" - the first new music from the band in 6 years.

The news comes 10 years after their independently recorded and self-released debut record, “Ordinary Riches” was released. The track "Treasure" is a triumphant return for the three-piece, comprised of Genevieve Schatz, Marc Walloch and Chris Faller.

Schatz says the song is “a call-to-arms that was written immediately following the presidential election about being faced with a climate of fear and division and what can happen when you look inside yourself to find freedom and say yes to love.”

She explained further: “When we went to record vocals, our set-up was in Marc’s garage in LA and we were getting so much interference from radio frequencies but we didn’t let that stop us — it was like our Chicago DIY roots all over again. As we turned on the microphone, a man’s voice came on from a political radio station — he was talking about US citizens’ constitutional right to assemble, and how people were coming together to march and protest like they did back in the 60’s. He kept angrily asking, ‘Why are they doing this?’ We found his question to be a great mirror of the cultural divide and why our song was written in the first place, so instead of letting his voice silence us we decided to hit ‘record’ anyway.” Facebook here.

The vocals might be softer and at times a little dreamy, however 'Treasure' packs plenty of energy and emotion, as it builds into a feisty alt rocker.

Background - Lillie Mae is excited to share the video for "Wash Me Clean" from her recent album Forever And Then Some.

Lillie Mae also begins a run of headlining North American tour dates next month, which includes a show in Toronto on August 25th at the Velvet Underground.

We featured the audio track for 'Wash Me Clean' back in April, however the opportunity to feature the new video and unashamedly recommend Lillie Mae's latest album, alongside mentioning her forthcoming tour dates, is just to irresistible. 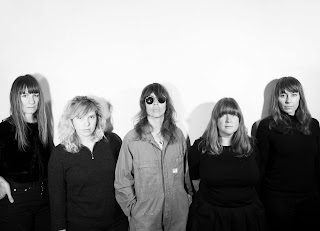 Beaches - When You're Gone.

Now Second Of Spring takes Beaches even further out, to where the pyramid meets the eye – a vast, enveloping sonic landscape, filled with extended instrumentals, overdriven psych-outs and propulsive pop nuggets.

The double album was recorded in Melbourne with engineer/producer John Lee (Totally Mild, Lost Animal) and mastered by David Walker. Artwork is by the band‘s own Ali McCann, with design by renowned artist Darren Sylvester.

Following on from the track 'Void' that we featured earlier on this month we now have 'When You're Gone' to share. It's another "blast of uptempo psych rock" the expression we used to describe 'Void', this time the vocals are buried even deeper in the mix, & yet still manage to add atmosphere and melody to a very fine song.