Barb Carbon shares 'Patience' a fresh sounding indie rock meets roots rock kind of song with plenty of hooks throughout. === Accompanied by a video filmed around the Palace of Versailles Nicolas Godin has just shared 'Catch Yourself Falling' featuring Alexis Taylor, a relaxing, melodic and smooth song. === Less than a month since her first appearance here Lilly Hiatt returns with another new song entitled 'P Town' a powerful and passionately delivered country rocker. === The Modern Society debut single 'Bad Thoughts' is an impressive affair, the young band packing passion and determination both musically and visually. === Malena Zavala returns to Beehive Candy for a third time with 'I'm Leaving Home' a beautiful song with the mixture of Anglo and Latin influences ensuring originality and subtle splendour once again.
------------------------------------------------------------------------------------------ 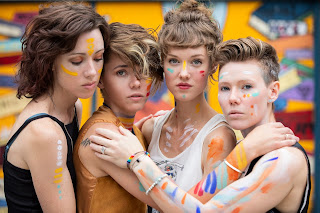 Did you know that in some regions of India, when a woman becomes a widow, she becomes a "bad omen," shunned by friends and family?  In fact, V…
Post a Comment
Read more 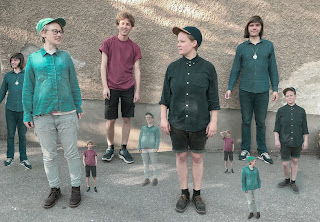 Kinley has shared a lyric video for 'Washington' a melodic and desirable mixture of indie folk and pop. === Motihari Brigade have a brand new album called 'Power From Below' from which we have 'Talking To Crazy' which gives a good feel for the bands revolution rock. === Taken from her brand new album 'The Darkness Of Birds' we have  Amy Petty and 'Sick Of The Radio' where the contemporary pop artist delivers some really fine songs. === Greg Hoy & The Boys have released a music video for 'Green' a vibrant rocker that showcases the San Francisco band very well. === ØZWALD return to Beehive Candy after our first feature just over a month ago, this time we have 'Call off the Doctor' a gently paced, calm and increasingly catchy song. === The first of ten songs on their final album before calling it a day we have 'Water' fromMountain For Clouds and I thinks it's more than fair to say they are leaving on a splendid high.
…
Post a Comment
Read more

Suzy and The Lifeguard have released 'Now' a song that twists and turns between melodic and refined pop to a more rocky psychedelic feel as it works wonders. === Alfie has an intriguing video for 'The Easter Song' a simmering and I quote "homage to Tex Mex music", it's also fabulous. === Sandmoon have a brand new single and video entitled 'Angel' the indie folk/rock band have a distinctive and highly engaging musical feel. === Ahead of a new album due in March Clem Snide has shared 'Roger Ebert' a gorgeously arranged piece where the mesmerising vocals exude real personal feeling. === Sammy Miller and The Congregation have released the wonderful song 'It Gets Better' which is a melting pot of delicious sounds. === From Emerald Park we have 'Rules Don't Apply' a vibrant indie rocker accompanied by some suitably matched old film clips. === Having featured the last two songs, today we have the third and final single from Th…
Post a Comment
Read more
More posts