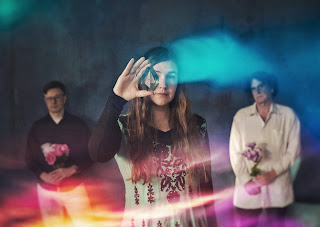 Lavender Diamond - Turn Around. Los Angeles-based chamber-pop band Lavender Diamond just released a new song “Turn Around,” a bonus track from the digital re-release of Now Is The Time, their first studio album in more than 8 years out now via Petaluma Records. “This song is about reversal - the experience of finding the end - of being in the free fall of loss and despair - and that end point being a beginning through the turning,” explains Becky Stark.  “When we were making the record I didn’t think this song should be part of it, but sometime after we were finished I realized it was my favorite one. It had seemed so raw that I couldn’t bear it.  But isn’t that the way? It can feel impossible to see the beauty in what is full of pain - but new joy can be created and found in the turn around.” Now Is The Time was written and produced entirely by Lavender Diamond, the trio of Becky Stark, Steve Gregoropoulos and Ron Regé, Jr., and mixed by Tucker Martine at Flora Recording & Playba
Post a Comment
Read more 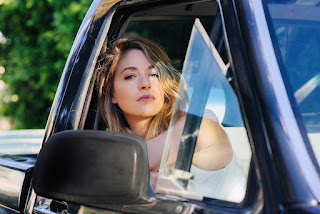 Stephanie Erin Wittmer - Pilot. While the name Stephanie Erin Wittmer might be a new one amongst fans of modern country music, one listen to her debut EP Pilot reveals songwriting and vocal chops on par with seasoned professionals. Recorded at Modern Electric Sound Recorders in Dallas, TX with Jeff Saenz and Beau Bedford at the helm (known for their impressive output with the likes of Texas Gentlemen, Paul Cauthen, Ruby Boots, David Ramirez and more), Pilot merges 90s country influences with modern folk-pop flourishes that make for an inspired journey along open roads and past tumbleweeds, “only stopping for good views” — or news, depending on the chorus. Equipped with metaphors aplenty, Wittmer takes her musing about relationships full circle in “The Great Ones,” comparing the rarity of an epic love to that of an epic song. “All of the great ones don’t come that easily / It takes a little patience and some fine tuning,” she affirms. She tackles self-discovery and finding solace in th
1 comment
Read more

Giulia. - Tired. As we enter the season of summer romance, Giulia.’s upcoming single, “Tired,” presents a chill soundtrack chronicling relationships’ ups and downs and twists and turns. A Janelle Monae infused funk and R&B style playfully blends with lyrical rhythms and sounds reminiscent of Amy Winehouse. “Tired” is released today May 12. It’s off her genre-bending EP, Night Before, due out June 25th. The song opens with a fast-paced beat devolving into a slow groove, reflecting the quickening pulse of a new relationship and the soon-to-follow comfort of falling into familiar habits. There’s an upbeat, carefree nature that umbrellas the song, cleverly disguising the heavier pensive moments. Giulia. takes the listener on a full-bodied journey of a long-term relationship characterized by the verses highs, the pre-chorus questioning, and the lows within the chorus epitomizing the “I’m tired” stage of the relationship. Giulia. incorporates elements of a multi-versed artistic backgrou
Post a Comment
Read more 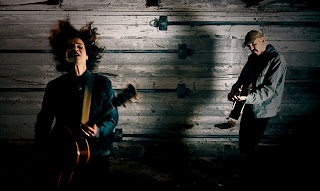 Molosser - Water My Way. Swedish MOLOSSER paint an electrically vibrant soundscape with downtuned acoustic guitars, vocals and drums. Tess and Jahn of Molosser found each other in Gothenburg, Sweden’s second largest city and home of a lively music scene. There, both were playing in various bands and constellations, mainly of the loud and noisy variety. After a while, though, they moved to a small farm in the province of Småland, where they found themselves in the company of a couple of horses, an American bulldog, a gang of cats, some chickens and three sheep.  They started making music on their acoustic guitars, and lacking a bass player they tuned them down so they could share that duty between them. The music that emerged is colored by both their urban past and their current rural surroundings, a bit like when the blues moved from the delta to the city and got electrified, but the other way around. The nerve and drive remains, but have widened and grown to fill the windy woodlands
Post a Comment
Read more 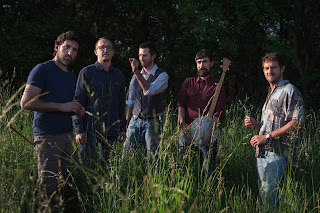 Frozen Farmer - Things To Share (Album). Things to Share is the third album for Frozen Farmer, released today May 10th, 2021 by Piesse Groove Records. Frozen Farmer are active since 2009, when they formed the band out of a visceral love for the american folk tradition, grown during a long trip of Francesco – singer and banjo player – across the States. The first EP, releases at the end of 2011 by Ghost Records / Warner Chapell, didn’t stay unnoticed, and led to several shows and tours. The first full lenght, Stay, released in 2014 by Seahorse Recordings, moved to a more personal sound, with a psychedelic side reminiscent of the Paisley Underground and of Days of Wine and Roses. The single Angels Melody also gained a spot in the Top 100 radio airplays according to Indie Music Like. Things to Shares comes after years of live experiences, changes in members personal lives, and reveals a definitely contemporary sound, which doesn’t disown the attachment to the folk, rural tradition. As a
Post a Comment
Read more 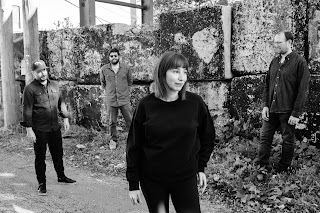 Course - Nick Of Time. Chicago based synth/indie/pop group Course released today their brand new single "Nick Of Time." The track is the latest peak at their forthcoming debut album A Late Hour, out on May 21, which also features a collection of nine short stories written by singer/guitarist Jessica Robbins to accompany each song on the record. Robbins stated "'Nick Of Time' is about being in a toxic relationship and the freedom and realization of being in a happy/safe place because you acted and got out in time. This song, paired with the short story, is a progression from pain to liberation and self-worth." "Nick Of Time" follows the release of Course's previous single "Sixteen," which Consequence embraced with "optimistic synths that dance with anticipation." The nostalgic track debuted along with an advanced preview of the song's accompanying short story. Lead single "Give It All Away" is also out now, whic
Post a Comment
Read more
More posts