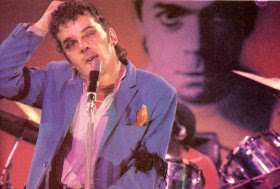 Much has been said and written about Ian Dury and come to that, about his band The Blockheads. Indeed Ian Dury and The Blockheads live in concert were one cohesive unit that took the recorded material and rather than just replicate the songs seemed to breathe additional life and dimensions into everything. Ian Dury had a stage presence that was affected in part by his disability caused by polio as a youngster, but more because of his humour, artistic capabilities, and connection with the audience. The Blockheads added with skilled musicianship that seemed to be effortlessly delivered and yet so powerful and uplifting. OK it is obvious I was a fan of Mr Dury and have great respect for the Blockheads, not only because of what I have mentioned so far, but as an aside in an earlier form as The Loving Awareness Band, the Blockheads had very strong links with Radio Caroline. This is probably one of the most circulated bootlegs of the band and a fine reminder of just how good they were in
8 comments
Read more 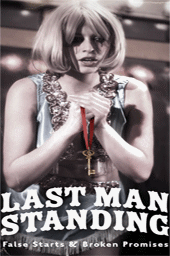 In no particular order or priority 2010FM Magazine just grabs what we like and are happy to give a quick plug to, or a whole hearted recommendation along with gushing praise, see if you can spot the difference or better still just check out the artists we feature. Last Ma n Standing finally have a release date in the USA for their debut album 'False Starts and Broken Promises' and it is January 12th 2010. Here in the UK they have received a lot of interest and some excellent reviews in the major music press. Don't just take our word for it, take a look at the review in UNCUT Magazine by Gavin Martin. Max Vanderwolf’s band have a colorful ingenuity of Bowie’s 70’s floor shows and the wild spirit of Tom Waits- which means the are essentially rock theater, but with attitude. Stylistically they cram a lot- sometimes too much- in, but the policy usually works. This collection of bedraggled songs duly incorporates the cabaret angst of ‘70s Lou Reed, dust bowl Mariachi, and S
Post a Comment
Read more
More posts