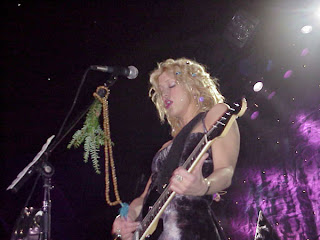 Courtney Love may be the stuff of celebrity and show business gossip these days, she certainly seems to have found her own personal 'self destruct' switch, and flicked it a few times. All of which can easily overshadow the fact that with the band Hole , she recorded some good alternative rock songs along the way, some even Grammy award nominated. Live Hole were more than capable of being the 'grunge' act, however their 'rough' and sometimes 'edgy' sound, was more than complemented by some tight and professional musicianship. In June 1994 just four months before this recording, Hole appeared at the Reading Festival in England. Legendary British DJ John Peel wrote the following about that particular day: "Courtney's first appearance backstage certainly caught the attention. Swaying wildly and with lipstick smeared on her face, hands and, I think, her back, as well as on the collar of her dress, the singer would have drawn whistles of astonishm
6 comments
Read more 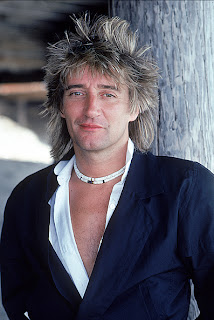 This is Rod Stewart live at The Ibrox Stadium, Glasgow, Scotland recorded on June 18th 1983. Ibrox Stadium is home to Rangers Football Club (FC), Rod is a supporter of their bitter rivals Celtic FC, however his popularity in Scotland ensured he was well received at this venue. Rod has been an ambassador of the Scottish (national) Football Team down the years, and not surprisingly has played the game regularly himself, and is known to kick footballs into the audience at concerts. This is from his Body Wishes tour, and is limited to an FM broadcast of the show, featuring the opening two numbers, and the latter part of the concert. Set List: 1. Tonight I'm Yours 2. Sweet Little Rock n Roller 3. Dancin' Alone 4. Tonight's The Night 5. Passion 6. She Won't Dance With Me/Little Queenie 7. Sweet Surrender 8. I Don't Want To Talk About It 9. You're In My Heart 10. Maggie May 11. Sailing Sound Quality: Very good FM stereo. Some Rod Stewart and T
6 comments
Read more
More posts