Showing posts from November 1, 2020
Show All 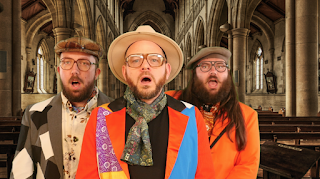 Turkey The Bird were first featured here back in September and they return today with 'Art and Design' where their refreshing bright and stylish brand of indie pop impresses again. ===== Golden Bear have today released their new album 'Dear Texas'. The album mixes Texan country rock with Americana and both the musicianship and natural vocals ensure this is a great collection of songs. ===== Peter Cat has released the new album 'The Saccharine Underground' from which we have two tracks, namely 'SO STR8' and 'The Big House'. Musically the band cover considerable territory including post-punk, glam rock, baroque pop and synth-pop, so treat these two really fine songs as but a glimpse of the whole. ===== HMS Morris make their fourth appearance on Beehive Candy this year with today's single release 'Partypooper' and once again this versatile duo are on splendid and upbeat form. =================================================== Turkey
Post a Comment
Read more

Tender Central (feat. Matthew And The Atlas) - The Besnard Lakes 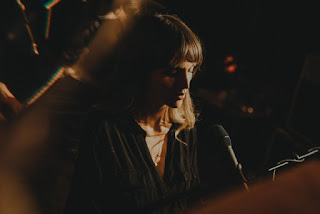 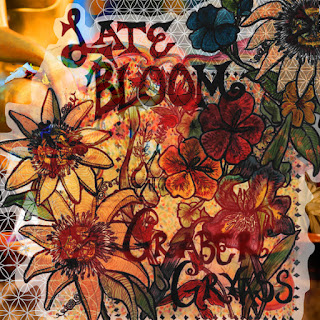 Silly Boy Blue shared 'Goodbye' last Friday and the attention it's getting is hardly surprising, considering just how blissfully gorgeous the song is. ===== We featured the track 'PDX '97' by Lone Kodiak back in September and they return now with another powerful and hook filled alt rocker called 'Bones'. ===== From Manchester, England we have the second single by Tay Temple which is released today, entitled 'Ladybird' this is a refined folk rock piece that impresses both vocally and through the beautifully arranged musical backdrop. =================================================== Silly Boy Blue - Goodbye. Silly Boy Blue reveals her brand new single “Goodbye.” Silly Boy Blue (real name, Ana Benabdelkarim) is an indie pop singer from Nantes, France who was recently snapped up by Columbia France. This brand new single follows up Ana’s previous offering - the delicate and hypnotic “Hi, It’s Me Again” - and further develops her signature as a
Post a Comment
Read more

Loaver has now released her debut album 'Fern' from which we have already had the pleasure of sharing three tracks. The full collection is streaming below and has lived up to our hopes and expectations, as Linnea Hall's creative and multi genre musical exploration truly impresses. ===== From Bavaria we have Chris Mayer & The Rockets with 'Autumn Riot' a refreshingly natural and hook filled indie/pop rocker. ===== Ordinary Elephant share 'Let Me Tell You What I Think' a raw sounding and stripped back folk song that simmers with emotion. ===== Berlin-based Dreamadelica rocker Laura Carbone just released 'Who's gonna save you Live at Rockpalast' a track built upon restrained passion and building vocal power, it's one of those songs that will resonate well in a sweaty nightclub or comfortably fill a stadium.  =================================================== Loaver - Fern (Album). Malmö, Sweden, based singer-songwriter Linnea Hall start
Post a Comment
Read more
More posts