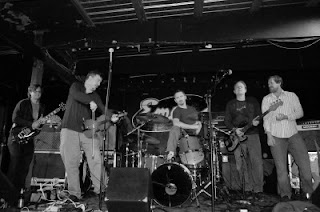 Word is, it is absolutely their best album to date and really shows the band

expanding their compositional talents.Well having listened to the track featured below I will personally be after more from them, the musicianship and atmospheric build are spot on for me.

A vibrant sounding indie band that have a stand out sound in the crowded indie market place, There is enough thats unique about their musical styles, and of course there are influences but hey I just love the song featured below.

The Delta Mirror have received some positive attention from the likes of Pitchfork and Stereogum, and for good reason. There is something a little haunting and distant about their sound that strikes a chord for me.

Their debut album 'Machines That Listen' was released a couple of weeks ago. Craig Gordon and David Bolt started out as a hip hop two piece in the late 90's and have been writing music in some form ever since. With the addition of Karrie K on bass, their sound has progressed to an ambient mix of shoegazy guitar and gothic vocals, but their production has held onto the same boom bap button pushing they started with.

Listen:
'He was worse than the needle he gave you'

Whilst on the theme of distant and haunting music Tape Deck Mountain released 'Ghost' back in January of this year.

There is most definately atmosphere and warmth within the sound they create and musically they discribe themselves as a mixture of  Indie / Gospel / Acousmatic and Tape music. This is one of those bands that are hard to pidgeon hole in anyone genre, whilst their musical structure is solid and consistent they seem to creep off in different directions within any one song, anyway we say well worth checking out. 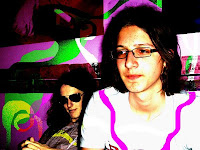 The Brazierlights In The Window are a Danish band that for some obscure reason remind me a little of Amon Duul II but dont ask me to explain why.

The Brazierlights In The Window are one of the most interesting bands in the Danish underground scene (I am told), because they do not sound like an ordinary Danish Indie Rock act. One of the most interesting things about TBITW is the age of Anton Rank and Perry MacLeod Jensen which are both just 18 years old. I have to say their music is mature sounding and very creative and I sincerely look forward to hearing more from them.

Listen:
'The Strawberry Took To Many Drugs' 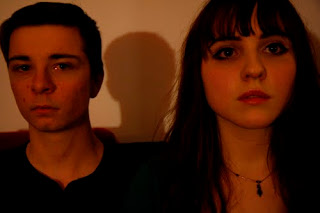 Playing a sold out show in LA sharing a stage with Memory Tapes is a feat many bands would give anything for. When your band was just formed around the begining of January, this feat is amazing.

This is the beginnings of Dazzle Ships, a duo consisting of Tyler Haran and Hatii De Leon. They wanted to make music that sounded like David Bowie, Brian Eno, and Cocteau Twins among others; they try to make “experimental pop music”.

The young pair have a phobia of doing the same song twice so they try to radically shift roles and techniques while writing a song. More Please!!! (oh and if your still trying to work out where you have heard the name before its OMD).

The Vicious Guns are a Toronto-based electro-rock band that is making waves on an international level with their sleek, edgy sound. The Vicious Guns, featuring Jennie Vicious (formerly of  Tuuli and The Von Bondies), Richie Vicious (formerly of The Scourge of the Sea) and new bassist Alana de Vee. They are one to watch this year and have been on the receiving end of some upbeat reviews.

"The Vicious Guns are everything a band should be; cleverly written lyrics, infectious dance beats, cheeky vocals, and an onstage/offstage compatibility that is so charismatic you can't take your eyes (and ears) off of them." – Dead Sexy Magazine

"This duo carves out sleek garage-rock buzz that leans heavily towards The Jesus & Mary Chain, including elements of Joy Division and New Order. Sassy bassist/vocalist Jennifer captures unwavering attention, while Richard is the obvious driving force on guitar, perfectly complimenting her blissed-out vocals. With a dress-code that crosses into BRMC territory, The Vicious Guns rekindles that Creation Records spirit to crisp perfection." – Lonely Vagabond

Beehive Candy said…
APOLOGIES FOR ANY GLITCHES WITH DIVSHARE LINKS (DOH!!!) - THESE SHOULD ALL BE RUNNING OK NOW SO CHECK OUT THE BANDS AS THERE IS SOME SERIOUSLY GOOD MUSIC TO ENJOY HERE.