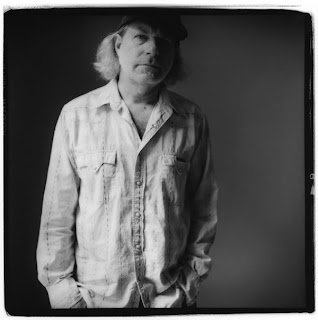 This is a recording of Buddy Miller with special guest Gurf Morlix recorded at The Borderline, London, UK on the 14th February 2000 for the BBC radio programme of the time Bob Harris Country.

In addition to releasing several solo albums over the years, Buddy Miller has toured as lead guitarist and backing vocalist for Emmylou Harris's Spyboy band, Steve Earle on his El Corazon tour, Shawn Colvin, and Linda Ronstadt. He co-produced and performed on Jimmie Dale Gilmore's 2000 album Endless Night. He has also appeared on several albums by songwriter and singer Lucinda Williams.

Buddy Miller has also produced albums for a number of artists. During 2006 Solomon Burke came over to Miller's house at Nashville to record his country album 'Nashville' on which Emmylou Harris, Patty Griffin, Gillian Welch and Dolly Parton appear as duet partners.

Buddy Miller toured as part of the band on Robert Plant and Alison Krauss's Raising Sand tour of the USA and Europe, and with Emmylou Harris, Patty Griffin and Shawn Colvin on the Three Girls and Their Buddy tour.

Robert Plant recruited Buddy Miller to co-produce his forthcoming album (he also provides vocals and guitar), the album also includes Patty Griffin, Darrell Scott, Byron House and Marco Giovino and they go on tour together this month under the moniker Robert Plant and the Band of Joy.

A recent press release stated "A timeless plunge into authentic Americana, the album was co-produced by Plant and Nashville legend and guitarist Buddy Miller. “Buddy’s integral to this album, you can hear his taste all over the instrumentation,” enthuses Plant. “Buddy’s zone is beautiful, with a lot of reflections going back into mid-Fifties rockabilly, the singing fishermen and all the great country stuff, along with the soul and R&B from Memphis.”

The album is due for release on September 14th.