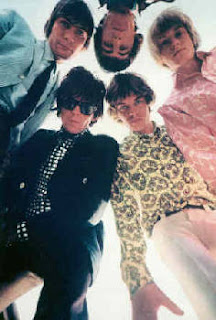 The Rolling Stones 1966 American Tour was the last concert tour by the Stones with Brian Jones in the United States.

The band had played 29 concerts in just over a month arriving in Honolulu to conclude the tour.

Back in England, one politician announces "Our relationship with the United States runs the risk of getting considerably worse as soon as The Rolling Stones arrive in America... Americans will believe that English young people have attained a new degree of degeneration and that this country is being recklessly ruined."

Having released 'Aftermath' in the spring of 1966, the first Stones album with all Jagger - Richards compositions, not surprisingly the tour featured a number of songs from the album.

This then is The Rolling Stones on the 28th July 1966, live in concert in Honolulu, USA, from a recording circulated as 'So Much Younger Than Today' by The Swingin' Pig (TSP 012).

Broadcast live by Hawaiian radio (K-POI) this is a 320kbps, conversion and is excellent for the time.

The Rolling Stones official site HERE, with their Store HERE.