March 12, 2012
SXSW comes around again and Austin, Texas is well and truly on the musical map for a few days. Along with many others our inbox has been filled with a good many messages for numerous artists heading that way, this is our little selection, we could not fit everyone in, so randomly chosen from our favorites list are the following acts...

Background: El Paso quintet The D.A.'s debut album You Kids!, recorded by Justin Leeah (Yeah Yeah Yeahs, Conor Oberst and the Mystic River Valley Band, Girl In A Coma), is 10 tracks of pure bliss – impeccably produced pop set apart by its merging of electronic sounds, soaring trumpet and bare bones rock instruments. Each lovingly-crafted track transcends the synth-pop formula, laden with personality by odd flashes of weirdness – whether it be secretly recorded barroom banter or glitchy chirps at the end of “Big Woman."

You Kids! has impressively bottled The D.A.’s live sound. Frontman Tyler Dudley has been known to hang from rafters, barking like a madman. Keyboards either titter in pleasure or shudder in fear at the wrath of synth maestro Cesar Muñiz. Michael Frisbey’s trumpet– alternately sad and buoyant – cuts through the din of chugging guitar, Steven Escargaza’s earworm bass, and Evan Tremper’s driving drums.

“If I was a manager or label, I would snatch these little twinks up and make them rich twinks,” tweeted a bowled-over JD Samson of Le Tigre during The D.A.’s opening set for her side project MEN in April. The D.A. has also shared stages with such indie darlings as Yelle, Foster the People, Twin Shadow, Crystal Castles, Mister Heavenly, Holy F##k, Miniature Tigers, Pomegranates and Prefuse 73. This spring they more than held their own on a bill with MSTRKRFT, CSS and Beach Fossils at El Paso’s first-ever Neon Desert Music Festival.

Upcoming shows include support for Gardens & Villa, Electric Guest, a DJ set for Of Montreal and Deerhoof, and several performances at Austin for SXSW.

Background: LA-based sister trio HAIM are comprised of bassist Este (24), lead guitarist Danielle (22), rhythm guitar, keyboard, and percussionist Alana Haim (19), the girls spent their childhood playing in a family band, and are able to seamlessly switch from instrument to instrument with complete confidence and ease, all while singing in three part harmony. Influenced by Stevie Nicks, Kate Bush, Eurythmics, Aaliyah, and TLC, HAIM was featured in two separate Nylon pieces this month, with the site calling their songs "bizarrely good," noting, "They're all gorgeous and have serious style, but you know what? That doesn't even matter, because these girls are really talented musicians." HAIM will be making their SXSW debut this March with more performances to be announced.

After years of playing with their parents, the girls decided to strike out on their own, adding drummer Dash Hutton to round out their live show. "I think we still have the structure of old-school rock," says Alana. "But the R&B adds the spice." Danielle has previously toured with Jenny Lewis, Cee-lo Green, and Julian Casablancas. Over the past few years, the band has opened up for Julian Casablancas, Ke$ha, Grouplove, No Age, The Bird And The Bee, Edward Sharpe and the Magnetic Zeros, and Chief. This month HAIM played four incredible sold out LA shows including sets with Cold War Kids, Mini Mansions, Milo Greene, and Electric Guest. 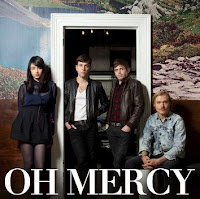 Background: Oh Mercy, headed by songwriter Alexander Gow, is a young indie rock band with real talent. For their latest album, Great Barrier Grief, the group treamed up with Mitchel Froom (Crowded House, Elvis Costello) to record eleven tracks of evocative acoustic pop. The record was inspired by the idea of "the classic albums and songwriters who soundtrack our lives." Timeless in feel, Great Barrier Grief is a confident, purposeful album with the occasional bird noise thrown in.

The album received critical acclam, debuting at number 13 on the Australian ARIA album chart and nominated for two ARIA Awards. Abundant with singles, the album was featured on Triple J radio Australia, 3fm in The Netherlands and added to college radio stations across America while the bizarrely subtle video clip for the single “Stay, Please Stay” quickly surpassed 200,000 plays on YouTube.

Oh Mercy have toured consistently since 2009, growing a devoted audience through their own sold out shows, in support of Kaiser Chiefs, The Vaccines, Temper Trap, The Triffids and Crowded House and on the festival stage at Splendour In The Grass, Laneway and the Big Day Out.

2012 will find Oh Mercy in America for the third time in many years, with shows in Los Angeles, Austin and New York. Alexander remembers his last SXSW trip, “Austin was very cold. It was there that I bought beers as big as my face for one dollar.”

With mantra like drones, shaking bones and sweet candy overtones, Bonfire Nights like to blur the boundaries. Formed by Steve, Ruth and Nicole in 2010, the band split their time between London and their hometown of Brisbane, Australia.

Adopting a minimalist ethos, the band recorded their first self-titled EP on a four-track analogue tape machine. While the approach was modest, the outcome was an eclectic mix, ranging from the menacing “Own Worst Enemy” to the sparse and dreamy fuzz of “Leave Yourself Open.”

The EP has received early kudos from Australian, Japanese, South African and British Radio. The video clip for single "Own Worst Enemy" also received rotation on Rage - the primary Australian music television program. While the track was also voted into the ‘Hot 100’ tracks of 2010 for Australian station 4zzz FM.

After a highly successful UK tour supporting Scottish indie rockers Sons & Daughters, the band are again looking to foreign shores as they plan tour dates to coincide with their official SXSW 2012 showcase. 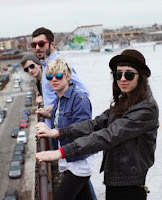 Formed as NYU students in 2009, Beast Make Bomb have toured the country in support of several acts, including Cold War Kids, Tokyo Police Club, and The Whigs. The band was also featured at Rolling Stone Magazine's 2011 SXSW showcase, sharing the stage with Queens of the Stone Age. This year, the garage-pop quartet is returning to SXSW  to play a string of dates in the midst of their southern tour. 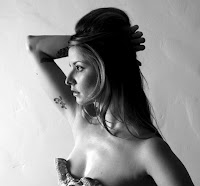 Background: Bunny West was born on a locomotive, raised on a reservation, and steeped in salvation. The spirit of Bunny West comes alive through a style of music all her own. With ten years of playing and writing music under her belt, she has dipped her toes into every style of music and fused all of these to create her own fresh sound. Whether she draws inspiration from Hank Williams, Johnny Cash, Etta James or The Black Keys, Bunny West’s distinct, chillingly powerful voice lies at the root of her music.

Her hard work and dedication has culminated into a brilliant debut album, to be released later this Spring. After working as a bartender and playing weekly gigs at Piano Bar and Hotel Café in Hollywood, Bunny West was able to pay for sessions out of her own pocket. Brother Sal, along with friend, engineer and co-producer Geoff Neal, lent a hand to get the album done in just four days. The tracks were all recorded live, within three takes and finished with limited overdubbing. Her sound is raw. Her sound is unforgettable.

As an introduction to her beautiful voice, she has recorded a video covering "Run to the Hills" by Iron Maiden. It's Bunny's voice that brings out the sincere hurt and pain in the lyrics and gives the song a whole new perspective. 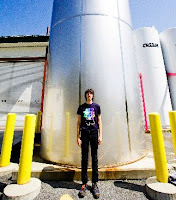 Background: NY-based multi-instrumentalist Delicate Steve, (aka Steve Marion) has premiered his first single 'Africa Talks To You' from his sophomore album Positive Force, due out on May 15 with Luaka Bop. Written, played, recorded, and mixed by Marion, Positive Force is an interplanetary step forward from the bedroom sounds of his debut Wondervisions.

What remains true on Positive Force is Marion's dedication to hyper-melody-- put simply, the ability to make you ready and able to sing his wordless songs. But everything is bigger here on the LP. It is a planet onto itself, a world to immerse yourself in. Wondervisions put Marion on the map, as it won praise from New York Times, Spin, American Songwriter, with the song "Butterfly" recently named one of the best singles of 2011 by NPR. Delicate Steve has shared the stage with Yeasayer and Lee Ranaldo, and toured extensively last year including dates with Battles, Ra Ra Riot, Cut Copy, Akron Family, and the list goes on and on.

Background: Washington DC-based quartet Deletes Scenes has announced appearances at SXSW '12 and a set East coast tour dates in support of their sophomore Young People's Church of the Air LP. With performances currently underway, the band will appear at this coming weekend's Savannah Stopover and Orange You Glad Festivals. Earlier this year, Deleted Scenes embarked on a nationwide tour with art-pop group A Lull, including Daytrotter, Quit Mumbling and LaundroMatinee sessions along the way.

Their newest collection of songs originated in frontman Daniel Scheuerman's basement and was recorded at the Garden Center in Hockessin, DE, with Nick Krill (The Spinto Band) and Birdseed Shirt producer L. Skell. Young People's Church of the Air mixes themes of family, love, death, and joy incorporating studio sounds and home-recorded lo-fi noise. Deleted Scenes has shared the stage with Cursive, Wild Nothing, Abe Vigoda, Black Kids, The Antlers, Medications, and Matt and Kim among others, and has performed at SXSW, CMJ, and Pop Montreal.