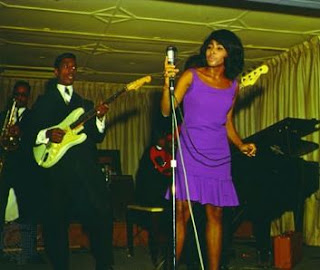 This is the Ike & Tina Turner Revue recorded live in concert at Portland University (University of Maine, Portland Campus Gym, Oregon), back on 27th March 1974.

Between 1969 and 1975, Ike and Tina Turner mixed in duo recordings with solo offerings. Ike Turner released a few solo albums including A Black Man's Soul, while Tina Turner's first solo offering, Tina Turns the Country On, was released in 1974. Tina's solo debut led to Tina being nominated again for the Best Female R&B Vocal Performance Grammy. That same year, Ike & Tina reached back to their gospel roots releasing, The Gospel According to Ike & Tina, later winning them several nominations in Grammy's gospel categories. Their next secular release was Rhode Island Red, which featured one of their final charted hits, "Sexy Ida (Part 1)", which helped them nab a second appearance on Soul Train the following year. Rhode Island Red and The Gospel According to Ike & Tina, as it turned out, would be the final albums recorded in the duo's lifetime together. In 1975, Tina released her second solo album, Acid Queen, in response to her success in her film role as The Acid Queen in the rock musical, Tommy.

Beehive Candy said…
OK this is an error that we failed to pick up on, as we are a bit UK based can I plead ignorance and blame the file notes we received.
22 June 2012 at 22:26

Anonymous said…
Maybe I can help. I was at this concert in Kamloops, B.C. in 1974, which is just north of Portland, Oregon. I think it is more reasonable that they would have come here from Oregon, rather than Maine, since we are both on the West Coast.
7 October 2012 at 00:03