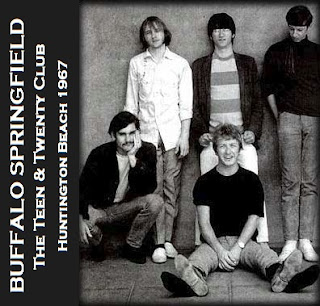 This is Buffalo Springfield recorded live at The Teen And Twenty Club, Huntington Beach, CA, USA back on August 11th, 1967.   A 'BigO' reader was most likely responsible for this version of the recording and commented "I have a recently unearthed recording of Buffalo Springfield at The Teen And Twenty Club in Huntington Beach, CA 1967. A friend of mine went to this show with a friend of his (they were both 16 years old at the time). They helped the roadie, and his friend brought an open-reel recorder and asked the band if he could tape it" . The recorded quality suggests the reel to reel recorder was plugged into the sound mixer and is therefore of a professional standard. Some of these songs were played on KPFK Radio in Los Angeles (1973 -74) by the taper, and the earliest 'partial' bootleg of this concert in circulation was sourced from that. To our knowledge this full recording has only been in circulation since 2010. Buffalo Springfield went thro
4 comments
Read more
More posts