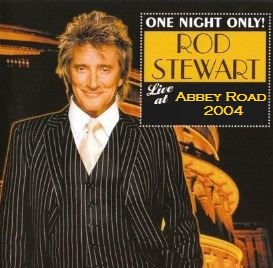 This is Rod Stewart performing live at Abbey Road Studios in London, England, back on October 8th 2004, to an audience of around 300 people, the show was recorded for a subsequent Xmas broadcast. This is a superb show featuring an incredible choice of songs, with Rod clearly loving the intimate environment and responsive audience. 2004 was a very busy and successful year for Rod who reunited with Ronnie Wood for concerts of Faces material. A Rod Stewart and the Faces best of Changing Faces reached the Top 20 of the UK album charts. Five Guys Walk into a Bar..., a Faces box set compilation, went into the shops. Rod Stewart has also mentioned working with Wood on an album to be entitled You Strum, I'll Sing. In late 2004, Stardust: the Great American Songbook 3, the third album in Stewart's songbook series, was released. It was his first US number one album in 25 years, selling over 200,000 albums in its first week. It also debuted at number one in Canada, number three
6 comments
Read more
More posts