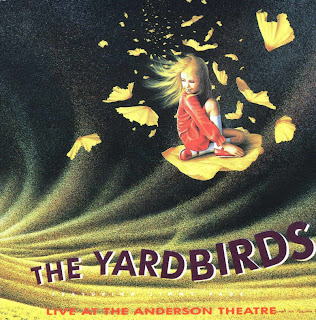 This is The Yardbirds in concert on the 30th March 1968 at the Anderson Theatre, New York, NY, USA and was a soundboard recording. The notes that accompanied this mp3 version sum up the reason this recording surfaced concisely - This show comes from a rather infamous LP. With the success of Led Zeppelin, Epic decided to cash in on Jimmy Page and so released this LP. The hardcore are familiar with the story - the drums were recorded with a single mic, crowd noise was added with the sound of clinking glasses, etc. The result? Jimmy immediately had the Lp pulled off shelves, but not before some got out. This set is taken directly from the original Epic vinyl. The set includes an early version of Dazed & Confused (here called "I'm Confused"), which includes Keith Relfs original lyrics . A CD version appeared in Italy in 1990 on a label called Golden Stars and distributed by Red Line, Srl via Trentacoste in Milan, this was probably taken from one of the vinyl recordi
4 comments
Read more
More posts