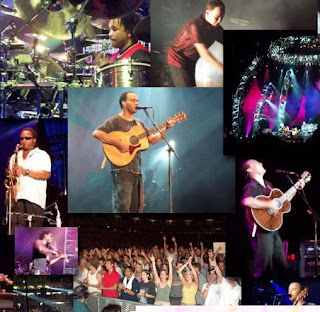 This is the Dave Matthews Band , live on Austin City Limits, Austin, Texas, USA, back on August 10th, 2009 and subsequently broadcast on November 3rd, 2009. For those unfamiliar with the band Wikipedia tells the following - Dave Matthews Band, abbreviated DMB, are an American rock band that was formed in Charlottesville, Virginia in 1991. The founding members were singer-songwriter and guitarist Dave Matthews, bassist Stefan Lessard, drummer/backing vocalist Carter Beauford and saxophonist LeRoi Moore. Boyd Tinsley was added to the band as a violinist soon after the band was formed. Moore died suddenly in August 2008 due to complications from an ATV accident. Grammy Award-winner Jeff Coffin, of Béla Fleck and the Flecktones, has since filled Moore's spot as the band's saxophonist. Rashawn Ross and Tim Reynolds have also become full-time touring members of the band. As of 2010, Dave Matthews Band has approximate sales between 30 and 40 million copies worldwide. The band is
1 comment
Read more
More posts