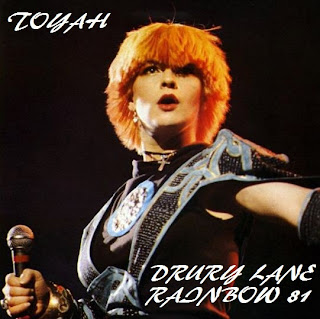 This is Toyah Willcox live in London back in 1981. Toyah performed at the Rainbow Theatre on the 21st February 1981 and was filmed by BBC Television the show later being released by them on VHS video under licence. The Theatre Royal, Drury lane concert which provides the bulk of this recording was later in the year (24th December 1981). As far as I can ascertain the final two songs are from the Rainbow gig and tracks three and four are open to debate. In the UK, 1981 saw Toyah's strengthened presence in the charts with hits such as Four from Toyah EP (Number 4, February 1981, including "It's a Mystery"), the second album Anthem that went up to Number 2 in May 1981 to be later certified platinum, "I Want To Be Free" (Number 8, June 1981), "Thunder In The Mountains" (Number 4, October 1981) and Four More From Toyah EP (November 1981, Number 14). She became one of the first acts to score regularly in the UK Singles Chart with EPs, which were
2 comments
Read more
More posts