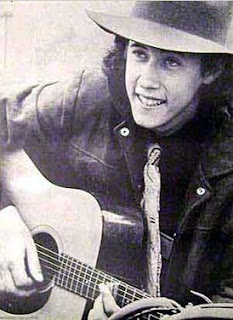 This is Arlo Guthrie very early in his musical career live at  Gerdes Folk City, Greenwich Village, New York City, back in  1966. Founded by  Mike Porco and regarded by many as the original Centre of Folk Music,  (a coffeehouse in Greenwich Village where everyone who was anyone in folk music used to play)  you can find out more about this long gone venue here . This recording features an early live version of Alice's Restaurant where the spoken part is totally different from the eventual album version, with nothing about the littering or the draft, but just an ad-lib about how the song would spread all over the world once the crowd at Gerdes that night started singing it. Arlo Guthrie was born in Brooklyn, New York, the son of folk singer and composer Woody Guthrie and his wife Marjorie Mazia Guthrie. Regarding his most famous work "Alice's Restaurant Massacree", a talking blues song that lasts 18 minutes and 34 seconds in its original recorded version, Arlo Gu
1 comment
Read more
More posts