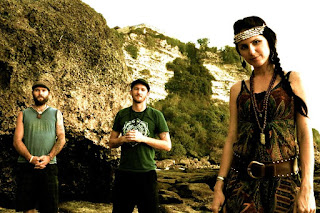 Background words provided - Fresh off the back of a finalist nomination in the Q-music awards, Sunshine Coast’s Dubarray have revealed their new single 'Serendipity' to keep them on the road this Spring/Summer. Taken from their sophomore album 'Visions Collide’, 'Serendipity' boasts the band’s signature drum and bass sound that combines worldly textures and progressive flow with smooth vocal hooks.

Dubarray are a unique story of an Australian act who kicked off their journey in Europe four years ago, building solid foundations within many countries thanks to a hectic live schedule. During that time the band have released two albums, returned to tour Europe four times, have hit the Australian road for three national tours and have been nominated for various Music Oz and Queensland Music awards. Radio buzz so far has come from community and college stations in Australia, UK, Switzerland, Germany, Austria and Bali.

While Dubarray have plans to return overseas soon, all of the live action is currently happening in Oz with launch shows for ‘Serendipity’ and festivals booked for the rest of 2015. The new single version of 'Serendipity' is out now via all good digital retailers.

Pleasantly different 'Serendipity' has so many good things going on, both simultaneously and in harmony. One of those tracks where asking you to listen is a whole lot easier than describing things, and in my opinion worth your while. 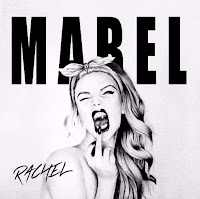 Individually the band have toured with Aussie greats INXS, performed at Bluesfest (Aus) & Wickerman (UK) & had tunes synced on The Vampire Diaries (TV) & Step It Up 2 (Film). Having cut their teeth in numerous bands worldwide, Mabel have honed their ability to speak directly to an audience, bringing unparalleled energy, raw excitement & extreme bouts of great times to both their recorded music & live shows.

'Rachel' has an edgy blend of indie rock and punk energy that demands you move. It spans the decades and only the audio quality gives away how new the song is.