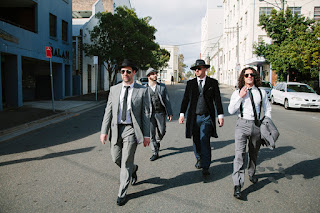 Cigars Of The Pharaoh - Mystery Highway.

Background - Sometimes a band just comes out of nowhere. You might hear it in the background at a bar, or it might hit you on the radio while you’re stuck in traffic. Chances are, if you’ve heard Sydney’s Cigars Of The Pharaoh, you’ll know about it. With a power-packed sound that tips its hat to the blues rock genre, Cigars Of The Pharaoh have risen up to bring the groove back to the Australian music scene with a punch that feels good.

The band formed in the early part of 2015 as a four-piece - a mixed bag of guys with a multitude of musical influences and pasts that gelled from the get-go. From indie pop to hard rock, soul to RnB, this special union of musical minds has created something that’s fresh, based on everything they’ve learned and heard from a combined experience of many decades inside the scene. Cigars completed the recording of their debut EP within months of forming, such was the pace at which their unique blend of talents moved.

Hooking up with producer Sean Carey (Thirsty Merc) at Church Street Studios in their hometown of Sydney, they laid down a four-track EP across a single weekend. Mystery Highway was the result, and it’s already made waves, with national airplay on Triple M and a line-up of gigs that is growing quickly. Cigars will launch title track “Mystery Highway” as their first single with The A&R Department at Sydney’s Oxford Art Factory on 6 November, and a second single release, along with the EP, will follow shortly thereafter. In between, their helping The Lazys set off on their Canadian Tour on 31 October as part of a Halloween line-up at The Lewisham Hotel that also includes Chase The Sun. Cigars have more shows lined up in Sydney and at The Carrington in Katoomba, and will make a trip down to Victoria in mid-November for two shows in Melbourne.

Cranking up the power, 'Mystery Highway' is a belting blues rocker. It's a timeless piece and brings images of a sweat soaked venue, with the audience as one, lost in the moment. 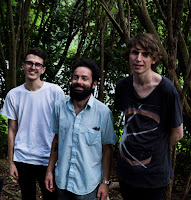 Background - The track (Take Control) is the bands second single, it was recorded in a hidden Grey Lynn attic in the home of main guy Jonathan Lee (Cut Off Your Hands). The band also features members of DHDFD's (Joel Beeby) and Tiny Ruins (Alex Freer).

Bespin are nominated for the Critics Choice Award in New Zealand, and have also played St Jerome's Laneway Festival, Camp A Low Hum and The Others Way Festival.

Bespin are also releasing their debut EP "Osiris" next Friday on 30th October, via Flying Out. Featuring five tracks, the EP is a woozy fuzz Gigantor, careering out of control down an 8-bit space age freeway.

'Take Control' switches on, warms up, and then launches into a massively atmospheric song. Vocals are just right in the overall mix, with the harmonies occasionally heaving themselves, above the powerful soundtrack. 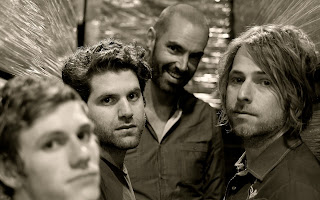 Background - Poetic words denote a sense of anti-establishment-ism that makes for a boisterous good time of sticking it to the man in Silent Feature Era's new single 'House of Thieves'.

Transporting the listener straight to the heart of this aesthetic, 'House of Thieves' features lyricism harking back to an almost Shakespearean/medieval era, allowing imagery to play out in the mind. Combining cinematic landscapes, crooked guitars, synths, organs & kooky electronica with a reckless, raucous attitude this group of Brisbane lads are returning from hiatus with gusto.

Featuring members of Brisbane music scenesters Speedstar, The Honey Month and Machine Age, this band of brothers released their debut album This Old Leather Heart in 2012, receiving a warm reception, a handful of QMA nominations and national airplay. With ‘House of Thieves’  the first taste from a forthcoming second album, expect some wild and not so silent times ahead.

I just love the 'traditional' harmonies that open this song, setting us up for a real storming track, mixing folk, come punk, and no nonsense rock, (and perhaps reminiscent a little of The Pogues). I just want to hear more!