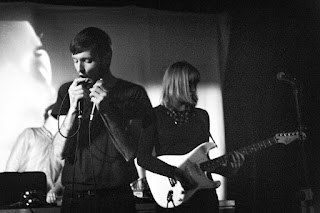 Background - Having previously collaborated on numerous projects and having released material on labels such as Kitsuné and Palms Out Sounds, Swedish four-piece Oracle North are currently getting ready to release their debut EP. Drawing inspiration from life-embracing warm and ambient soundscapes and colder forms of new-wave and punk; their new EP moves around themes as loss and alienation but never hits a dead end, rather a supposition for rebirth, for becoming your own origin.

As a complete entity ‘Communion’ is both a distinct and consummate release, which when broken down calls to mind the sounds of New Order and the Manchester post-punk scene, whilst seamlessly applying osmotic pressure in the form of darkwave textures and 80’s influenced electronic sections to merge and create an EP full of rich yet dark, atmospheric colours and an orchestrated bohemian individuality.

Talking about their forthcoming EP, the band said, “I think our music is touching on subjects like estrangement and existential anxiety, which is expressed through some sort of yearning for a more primitive experience. Aesthetically, we've been inspired by equal parts Greek mythology; the Dionysian, Apollonian dichotomy and so forth, and the late 70s, early 80s DIY culture. And Can... and Suicide.”

As touched on in the promo, there are some older post punk vibes within 'Communion', however there is far more to the song than that. It has that clean, precise sound of 'older' New Order, but enough of it's own identity and quality to grab my attention. I like it, and surely that's what its all about. 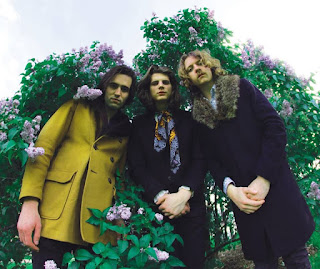 Background - Like an old kaleidoscope pointed at the present, Plum is a psychedelic rock outfit that brings the aesthetic of 60's and early 70's music into a modern context. Velvety vocals, hallucinatory harmonies, and prismatic guitars provide soundtracks for daydreams. Formed in late 2014, Plum's members came together with the ambition of filling the void of vocal harmony and vintage guitar driven music in the modern music scene.

The high powered, heavy hitting vibes of this band seem to come almost naturally – and they should. Having formed in late 2014 the band has already had a chance to open for giants like Charles Bradley, Win Butler and The Districts. The point being – Plum are on to something special and any true fan of Chuck Berry's music should be enamored within seconds.

The problem with music like this is that it reminds me of just how old I am. Surely not you say, still it does give me a chance to compare from memory whether it stacks up against their forerunners. For me, some types of music are timeless and Plum have that feeling going for them. So whether there are comparisons with the 60's or early 70's is academic, it's great music, done well, thanks Plum! 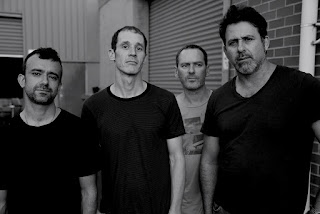 Background - The Missendens is that rarest of creatures: a kick ass band of like minded souls who have all earned their stripes the hard way, treading the boards at countless gigs in countless bands, who have come together to bring songs of undeniable importance to all who will listen.

Like a lot of great music, The Missendens began with a lone songwriter strumming away - forgoing sleep, pouring years of passion, life's lessons, successes and failures into chords, melodies and lyrics with true meaning. Very quickly it became evident that the bagful of songs Craig Hansen had been working on were sonically too big to be done justice by one man.

Friends were called, classified ads were placed, and eventually a band of music obsessed ‘brothers’ who were born to play was formed. Not for lure of money and not to chase some elusive dream, but purely for the love of 'the song' and the thrill of the indescribable, spine tingling power of a band in step with each other.

Recorded at Surry Hills’ Hercules Street Studios and Camperdown's Church Street Studios with former lead guitarist of Thirsty Merc Sean Carey engineering, The Missendens debut album, due for release in March 2016, was recorded in a total of 10 studio days.

'Rolling Start' is one of those songs that just gets on with it. It has the hallmark of musicians who know there stuff and having read their bio above I guess that much is clear. What makes the difference is that, the chemistry evidently exists within the band. Add a good old rock'n'roll song and a love for the music from those performing it, and you arrive at a fine song like this.