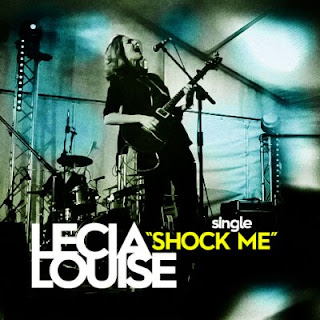 Background promo - “Shock Me” is the brand new single from Brisbane’s Lecia Louise,  just released ahead of her east-coast launch shows later this month.

Since her musical beginnings in 2005 with the release of her debut EP ‘Heaven or Hell’, Lecia Louise has been a force to be reckoned with.

Lecia has an impressive touring history that has seen the award-winning guitarist/singer/songwriter travel the four corners of the globe since 2006 performing to audiences throughout The UK, Europe, Abi Dhabi, Dubai, Rome, Singapore, New Zealand and Hong Kong.

On February 19th, Lecia released her first new single in two years titled “Shock Me” which continues to showcase her upbeat guitar laden, rock/pop offering. “The song is about a man who ‘trades in’ his long term girlfriend for an 'updated model, a more edgier version',” says Lecia. “But in the end she doesn't actually make him any happier”.

The track, produced and mixed by Jeff Lovejoy in Blackbox Studio (Powderfinger), is one that’s lifted from Lecia’s forthcoming EP titled ‘Per Te’ due for release later in the year.

Following the release of ‘Heaven or Hell’, in 2009 Lecia released her first full length album titled ‘Into Being’ which garnered radio airplay in Australia, New Zealand and North America. That same year, Lecia was invited to perform with Brian Cadd on his ‘Morning of The Earth tour. 2012 saw the release of the single ‘Individual’ which topped the Triple J Unearthed Charts and the single ‘For You’ released in 2013 – a track that earnt her a top 10 spot at the MusicOz awards.

Touring is second nature to Lecia having supported some of Australia’s greatest in recent years including Jon Stevens, Daryl Braithwaight, Mental as Anything, Shannon Noll, Phil Emmanuel, Killing Heidi and James Morrison. Add to that performances at festivals including Woodford Folk Festival, Woodford’s ‘Dreaming Festival’, Tamworth Country Festival, Blues on Broadbeach and Joyfest. More recently, Lecia was invited to perform at the Mitchell Creek Rock n Blues Festival in September 2015.

Lecia is a multi-talented artist which is evident in her live performance. Don’t miss Lecia perform throughout Queensland on her “Shock Me” launch dates kicking off later this month:

'Shock Me' is a lively, upbeat pop meets rock song. Guitars and rhythm are full on rock'n'roll whilst the vocal juxtapose intriguingly with a seventies pop feel to them. Musically it's full of enticing hooks and can't help but leave you in a better place. 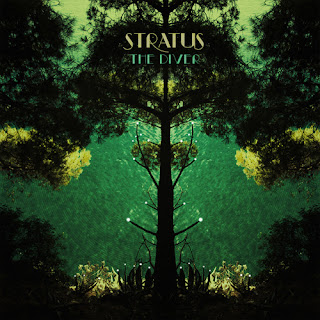 Background promo - From Tor’s “Drum Therapy” to Stév’s “Beyond Stolen Notes,” Emancipator’s Loci Records has built a steady reputation as a label unafraid to feature experimental sounds by emerging talent. Honing in on that ideal, the forthcoming album release from Doug Appling’s forward-thinking imprint comes from a relatively unknown talent who goes by the name of Stratus. “Réve De Nuages,” the lead single off “The Diver,” with the full record set to drop on Loci Records February 26th.

“Réve De Nuages” fits in perfectly with the traditional Loci style, as delicate guitar plucks, piano keys, and expansive vocal samples weave in and out with the melodic down tempo vibe, leaving the listener in a state of profound reverie. Even as the organic instrumentals in the song shine, the minimal structure of the song allows for a smooth and steady rise in momentum as the core electronic elements come into play. At the root, this is a song and album that has the propensity to inspire and move listeners with its beautiful intricacies.

California-based Stratus, real name Tristan de Liège, began his interests in music in middle school, first playing in indie bands and eventually exploring loop-based electronic music. His sound is inspired by instrumental hip hop, jazz, down tempo artists and also his love of film soundtracks, world music and orchestral arrangements. He constantly seeks to push his sound further, trying new combinations of instruments (most of which he plays himself) and genres.

He has collaborated with several different musicians on a variety of projects, including Thoma (with experimental producer and childhood friend Askanse) and Lost At Sea (a one-off post-rock project with guitarist Ben Formanek). He is looking to further expand his horizons, not only into the realm of more challenging and innovative live performance but also in scoring for film and games.

There is a considerable amount packed into the lead song 'Rêve De Nuages' from the forthcoming album 'The Diver'. However somehow it manages to feel so relaxed and calming. The delicate mixture of sounds and strong melody are topped with just enough vocal sampling to make this an excellent example of how a down tempo song can be so refreshing. 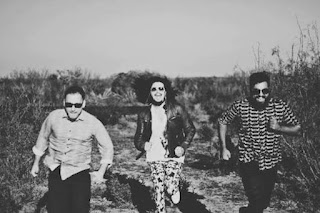 Background promo - Cousins Miguel Ojeda and John Zakoor have been playing music together for a decade and a half, dating back to when they lived in Detroit, and their upbeat, post-rock riffing, pop act, Migrant Kids are releasing the precise and most excellent Primordial Soup EP on May 13th on Pure Joy Records.

Alongside the record announcement, the band have debuted the video for "Thread", a throwback-styled performance video set in the band's home town of Laredo, in which their city's backdrop provides the perfect setting for the arpeggiated hit song, that echoes the finer Bloc Party singles.

The four song extended player swoops in quickly and grabs the listener with such a powerful backbeat immediately, that the top tier hooks almost seem like an afterthought. The chorus guitar and earnest vocal sincerity pile on top of the grooves so perfectly that the juxtaposition of that driving force and saccharine melodies create a brilliant tension you want out of a pop act like Migrant Kids.

'Thread' is one of four really good songs on the forthcoming EP, in fact, such is the quality of the music, it's a wonder they could choose one track to lead with. It's a feast of indie pop & rock music, played with passion and professionalism and a huge chunk of heart, and the video is on our BeeVids page.