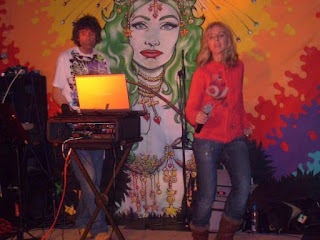 Background - Cling are an Essex based duo who formed in 2006 and consist of Susi Lavender (Vocals) and Gerald Patient on Programming and Production. Cling came to recognition from their music making appearances in the cult favourite "Welcome To The Scene". Cling pushed harder, and in 2007, started playing live at some of the top music venues in Europe!

Cling released their music video "Beyond Your Dreams" which gathered 47K hits on YouTube in under 2 weeks and the duo then proceeded to have their music used in adverts for ASICS Europe (JD Sports trainer advert)  and North Face Clothing. Cling's latest release was produced at Cling studio, Essex and is a Drum and Bass Influenced track entitled "The Maze" which is available as a free download via Soundcloud. Cling is a band that has accomplished many feats in their career; some milestones major, others personal.

Whilst Drum & Bass may not feature heavily on Beehive Candy 'The Maze' just grabbed my attention. On this specific song Susi Lavender's vocals remind me in part of Debbie Harry in her heyday, and the juxtaposition of her vocals and the superbly produced soundtrack make for something very special. The good news is it's a great song and nobody need witness me trying to dance to it! 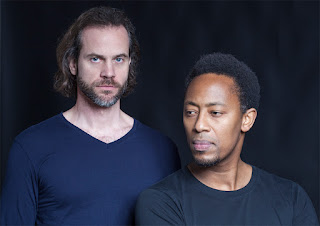 Background words - About ‘Break Of Dawn’ Appropriately for a song of such positive intent – the championing of taking risks, living life to the full and immersing yourself in the present – ‘Break Of Dawn’ revolves around a supremely uplifting chorus that will inspire many a communal singalong. This addictive classic-rock anthem kicks off with a choppy guitar riff straight out of a Keith Richards masterclass, to which strident drums, rolling bass and potent synths are expertly attached. Singer Mudibu’s lung-busting, heart-lifting soul vocal implores us to “dance until the sun will rise” as ‘Break Of Dawn’ erupts into an arms-aloft, arena-sized behemoth given a contemporary electro-funk edge by swathes of overdriven synthesizer.

About Saints Patience “We’ve created something epic, something exciting and captivating.” Essentially the project of two London-based musicians, multi-instrumentalist Spencer and vocalist Mudibu, Saints Patience place melody and groove front and centre in a thrilling audio format that mixes the classic and the contemporary by following the lead of such timeless artists as Queen, Otis Redding, Led Zeppelin and The Wailers. Their songs are cohesive amalgamations of Spencer’s prolific guitar jams and improv sessions in his home studio, which Mudibu, formerly of Mantilla, Lostchild and The Jezebel Sextet, enhances via his rich and powerful voice. This intuitive pair – “You know it’s good when you just look at each other and smile” – have now collected the best of their writings into a vibrant full-length album (to be released later in 2016), recorded using minimal gear at Spencer’s studio and thus exuding a fresh and dynamic analogue vibe. All this as Saints Patience are recruiting additional band members to perform the artisanal instrumental parts in a live setting and take this charismatic show on the road. As Mudibu says of the process, “When everything comes together, I know it and feel it running through me." Rest assured that everything is definitely coming together for Saints Patience, and it is coming together apace. Consider ‘Break Of Dawn’ your introduction.

'Break of Dawn' has all the hallmarks of a two man rock outfit, with an intense and powerful sound, great clarity between the instruments and a considerable amount of energy. This is a potent song, the vocals are just so right for this type of music, and for me, this is a real barnstormer.