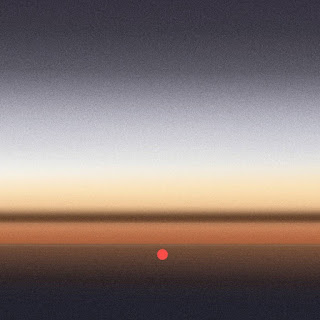 Background promo - Del Caesar, are a phenomenal new garage/psych trio based in Brooklyn. The band is gearing up to release their second EP, aptly titled EP 2, on November 11th through their imprint Reheated Spaghetti, and in conjunction with the announcement, they’re sharing the raucous lead single “Like They Always Say”

Del Caesar is comprised of frontman/songwriter/guitarist Aaron Lloyd Barr, who doubles as a visual artist by day, and Eric Arikian (Let’s Be Loveless) on bass and Ben Reynolds (Slang King) on drums. Recorded straight to tape, EP 2’s sound embodies riff-driven, upbeat garage rock, snarling in a way that betrays some swagger, but never hostility. Their lyrics that point to the everyday: relationships, ambitions, stuff we all experience, combined with a stripped-down mono recording sound that leaves us with songs that could have been recorded last month or in 1965.

That’s not to say Del Caesar is nostalgic… far from it. There’s no kitschy throwback dress-up, in terms of appearance or sounds. While some of the band’s songs sound like they could’ve come from The Standells or The Sonics, it’s not because the band is trying to reproduce those acts; it’s because they’re tapping into the same universal vein of youth and volume. Facebook here.

'Like They Always Say' has all the vital garage/pysch ingredients, bags of energy, no nonsense rock and just a hint of attitude. There's also the potency and power that rock trio's can deliver when the music is kept stripped back, case in point being this song. 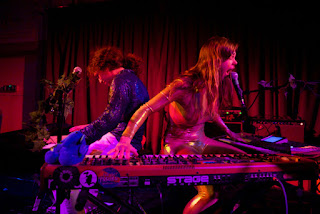 Arc Iris - Paint With the Sun.

The band is currently in the midst of a massive US and European tour that includes dates with Superhuman Happiness and John Grant. Arc Iris is comprised of lead singer and lyricist Jocie Adams, keyboardist Zach Tenorio-Miller and drummer Ray Belli. Adams previously spent eight years as a key member of The Low Anthem, effortlessly zipping from hammer dulcimer to clarinet to bass to vocals, sometimes barely pausing to take a breath. iTunes here.

Second time on Beehive Candy this year and on this occasion with the brand new video for 'Paint With the Sun'. Back in June I stated "Production is superb and the musicianship is quite stunning, and add to this the exquisite vocals". 'Paint With the Sun' confirms the band are highly creative and deliver beautiful songs that are full of imagination. 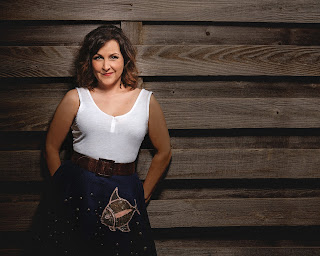 Lara Filip - The Other Side.

Background - Chicago singer-songwriter Lara Filip stepped out from behind the short-lived moniker “Birdie Wing” to release her debut album Stop Time. Stop Time, which was produced by Grammy-nominee Liam Davis, references 70’s Laurel Canyon folk rock and polished piano pop as it explores not only Filip’s personal triumph over breast cancer but universal themes like emotional/geographical distance, the preciousness of life and the power of love.

Lara Filip is a singer/songwriter, based in the Chicagoland area. With her deep connections in the Chicago music and theatre scenes, she draws the best musicians in town to collaborate on her earthy, evocative sound.

Lara attended The Chicago Academy for the Arts for vocal performance, where she met writing partner and keyboard player, Shannon Greene Robb. Shannon went off to study music at Berklee College of Music and DePaul; while Lara began working professionally in musical theatre productions. Filip went on several tours throughout the US and Canada, finally settling back home in Chicago. Website here.

'The Other Side' is one of ten really fine songs on Lara Filip's latest album 'Stop Time'. The featured song showcases the folk side of her music. Lara is equally comfortable performing quality pop (piano pop as mentioned above), her vocals are refined and the album tracks are varied and highly likable.

Background - The new single off of The Alpacas debut LP is Artifacts. The Barrie Ontario group's forthcoming was produced, engineered, and mixed by Kevin Dietz (The Cranberries, Alexisonfire, Placebo, Nelly Furtado). It was recorded at Metalworks in Toronto and Slipone Digital in Newmarket, Ontario, Canada. Out Oct 14, 2016 on Willow Music.

The band's thoughts on the track: “Some of the lyrics in 'Artifacts' are about drifting apart. An occurrence that everyone experiences at one point or another in life. It's sad how natural it can seem, that things can simply fade away. However, the song also expresses a truth that it is never too late to reconnect. Time isn't a legitimate obstacle, you always have the option to reach out. It's nice to include some optimism in our music.”. Website here.

Back in August we featured the bands song 'Wax' and said at the time "the band pack power chords alongside a belting rhythm and just hook you in". 'Artifacts' demonstrates that they can consistently do the same again, with plenty of spark and energy, it's rock with passion, and music that cuts straight to the chase. 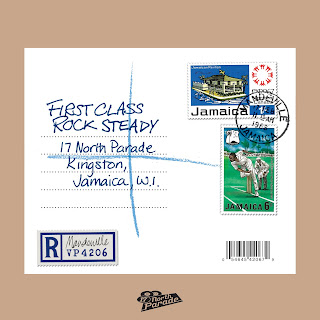 Background - 2016 marks the 50th anniversary for Jamaica's celebrated musical genre rock steady. Rock steady, which was a successor of ska and precursor to reggae, used elements of rhythm and blues (R&B), jazz, ska as well as African and Latin American drumming. With its irresistible slow tempo beat and more bass-heavy, stripped-down sound, it was a distinct contrast from the more upbeat, big band ska era. Although it lasted only a couple of years (1966-68), rock steady is one of Jamaican music's most influential genres and produced immortal rhythms that are still sampled and used today.

This new collection of First Class Rock Steady is completely remastered on black vinyl. The 24-track set expands on the 16-track 7" RSD vinyl exclusive and cherry picks the CD and digital version's most pivotal songs from some of the genre's defining artists like  Lee "Scratch" Perry, The Techniques, Desmond Dekker and Johnny Nash. It's detailed cover reflects the excitement of the era when postal mail was the only mode for sharing this burgeoning Jamaican export for worldwide consumption. Playing off of Jamaica's long history of tourism, the packaging also features images of picturesque postcards and stamps of Cricket (a Jamaican pastime), the Doctor Bird (national symbol) and Montreal's Expo '67 (World's Fair). In addition, the set includes extensive liner notes written by Harry Wise and filled with commentary from the genre's key players, including living legend Bunny "Striker" Lee, Trinidad and Tobago's late-great Lynn Taitt and the 2014 fallen icon, Hopeton Lewis.

Just one of the songs on this wonderful collection of vintage music and also the name of the genre, 'Rock Steady' by Alton Ellis remains a personal favourite, and is now surrounded by so many other wonderful songs, from when I was very, very young (honest!).