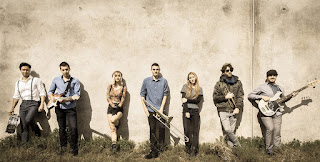 Background promo - Given she has been involved in music since the age of three, it’s little surprise Mel Kay chose to embark on a singing career. After years of studying contemporary music performance at WAAPA, the 22-year-old is set to release her latest singles ‘Upside Down Town’ and ‘Feel Alright’, both up-tempo tunes, mixing pop, indie and funk.

“I wrote these songs with the intention to empower young women to know their worth,” says Kay. “I want to encourage them to have the courage to stand up for themselves in a society that is often very focused on instant gratification, and objectification. I wanted to write a song about the importance of respect, as we are all intelligent human beings with a deep need to be loved and valued just as we are.”

Inspired by The Browhorn Orchestra, Lorde, Regina Spektor and Kate Miller-Heidke, Kay says she has always loved music that crosses genres. “My aim was to create music that could connect to a wide audience, while also having a very unique vibe and sound,” she said. The collective “we” Kay refers to is Liberté (pronounced “Libert-ae”), the 10-piece band she regularly performs with featuring guitar, bass, drums, keyboards, saxophone, trumpet, trombone and backing singers.

“The main challenge with recording was making sure we were prepared before we went into the studio and of course also matching busy schedules up with 10 working musicians to take into account,” says Kay on the recording process. “They are all incredible musicians and I am so stoked to be able to work with performers of their level.”

While studying at WAAPA for four years, Kay performed in multiple showcases at the Ellington Jazz Club, The Rosemount, The Geoff Gibbs Theatre, and The Laneway Lounge with a mix of original and cover bands. In 2014, she recorded her first single ‘Lonely Now’ which received commercial airplay and was voted top ballad on CD Baby. “Upside Down Town” by Mel Kay & Liberte was just released on the 7th of October 2016. Facebook here.

Beyond the fine vocals and splendid harmonies 'Upside Down Town' is a great tune that's full of top quality musicianship along with a hooky and melodic overall feel. 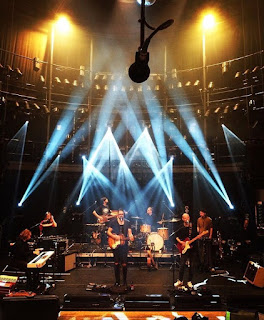 Background - Almost two and a half years after the release of his successful album ‘Promises Of No Man’s Land’, Blaudzun returns with his new album ‘Jupiter’. His fifth full-length release, ‘Jupiter’ will be an album in three parts. Blaudzun explains: "My new album is a tryptich; a collection of songs released in three separate parts. These parts will be recorded at different times and studios. It’s really a work in progress, and that’s how it’ll stay until the final part has been released. Part I is now finished, but parts II and III are still in the works."

Blaudzun received a gold record for his third album 'Heavy Flowers' in the Netherlands; follow up 'Promises of No Man's Land' reached the #1 position in the Album Charts.

The band played several European festivals like Hurricane and Southside Festival (Ger), Bravalla (Swe), Rock Werchter and Pukkelpop (Be) and Lowlands and Pinkpop (NL), as well as CMJ and SXSW in the USA. Website here.

Title track and one of nine songs in this collection 'Jupiter' gives a feel for the music, where the rhythmic beat is often there,  with differing levels of dominance, whilst subtle melodies and twists are never far off either. 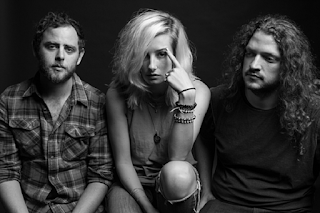 Background - Slothrust has debuted their newest video for "Like A Child Hiding Behind Your Tombstone". The band will release "Like A Child" along with their previous single "Horseshoe Crab" on their upcoming album 'Everyone Else' due out 10/28 on Dangerbird Records. With their long-awaited third album Everyone Else, Slothrust deliver ten riveting anthems that reward repeated listens. The songs grab the ear and pierce the psyche with complex arrangements and lyrical depth intensified by guitarist/vocalist Leah Wellbaum’s penetrating vocal delivery.

Slothrust is Wellbaum, Kyle Bann (bass), and Will Gorin (drums). The trio first staked out their unique strain of jazz- and blues-afflicted rock as students at Sarah Lawrence College. The band’s 2012 debut Feels Your Pain, and its successor 2014’s Of Course You Do, established the band as a breed apart, serving up deceptively clever epics that veer satisfyingly between incandescent riffing and pop hooks, winsome anxiety and powerful heft.

We all studied jazz and blues, so I often use chords and voicings that aren’t quite as conventional for contemporary rock,” she continues. “Certain harmonic movement can get stale, so I try to incorporate colorful notes to give it more depth. The improvisational spirit of blues music is also something we try to always keep with us, even in more composed playing. I am drawn to musicians a bit further outside of the rock tradition, such as John Fahey, Elizabeth Cotten, D'Angelo, and Portishead. Growing up I listened to a lot of R&B and classical music. And musicals." Website here.

Don't be fooled by the gentle start 'Like A Child Hiding Behind Your Tombstone' mixes in you face rock'n'roll and softer introspective moments, as the song twists and turns before coming fully together as one wonderful track. 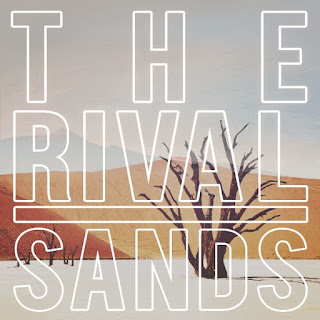 This independent release via The Love Library marks the second in a trilogy of EP’s The Rival is releasing in 2016 and 2017. "Within a year we are releasing three five-song EPs," explains Allen Salmon of The Rival. "Waves was the first release, and we are following that up with Sands and Peaks. Each EP will focus on a different topography and different emotions. Throughout Sands there are several themes of wandering, running, and being lost that we felt spoke to us in a desert setting. 'My Own Devices' specifically speaks to wanting to find a way home, of being a bit lost." Years ago, lead vocalist and guitarist Phillip LaRue was in an accident and nearly lost use of his arm. The injury caused him to question whether he wanted to play music at all, and it wasn’t until he began to regain use of his arm that he realized music would always be a huge part of his life.

As The Rival, Phillip and Allen have two previous releases including 2012’s self-titled debut, and 2014’s Endless EP. The band has seen incredible TV/Film success with its songs used in everything from Apple’s iPhone 5 launch, to commercials for Target, Nike, Sony, Microsoft, and ESPN. Individually, Phillip and Allen have numerous songwriting credits including Phillip’s #1 country hit “Whiskey In My Water” performed by Tyler Farr, plus Allen Salmon’s credits as a producer, mixer, and writer which includes collaborations with MuteMath, Fleurie, Katie Herzig, and Neulore among others. Facebook here.

We featured a preview song from the new 'Sands' EP back in August, and noted at the time the just how well the duo mixed melody, choruses and the power, rock duo's can deliver. 'Wanderer' pretty much confirms they can do this over and over, as it typifies the real quality found in their latest release, an EP well worth hearing in full. 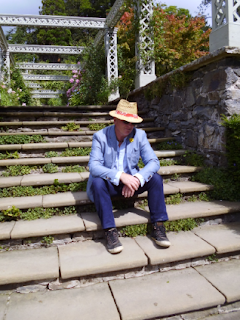 The Beatnic - A Window On Your Soul.

Background - Nic Evans, from Shrewsbury , is a Singer, Songwriter and Guitarist whose songs have been played on BBC National Radio by legendary DJs' John Peel, Steve Lamaq and Johnny Walker.

During a varied career in the UK music business which has included working in the studio alongside Dave Anderson ( Hawkwind ), Nic has played tour supports to Robert Plant ( Led Zeppelin), Eddie Reader ( Fairground Attraction) and Mick Taylor ( The Rolling Stones ).

As well as being previously commissioned as a songwriter for Warner Bros Music, being produced by Jeff Knowler, who has produced and worked with, Blur, Paul Weller, Elbow and Goldfrapp, Nic has also written and recorded for the BBC Library, genre:- Folk/Pop/Alternative, and has also recorded music for publishers, for use in TV and Films. The new EP was released through Nub Music (Distribution via The Orchard) 17 September 2016.

The brainchild of Nic Evans aka The Beatnic, 'A Window On Your Soul' is the title track of what is a superb four song EP. With a CV like the one above, you might expect good things, however Nic seems to prefer to exceed expectations. All I can say is feel free in joining me checking out his music in greater detail, Ive not been disappointed yet.