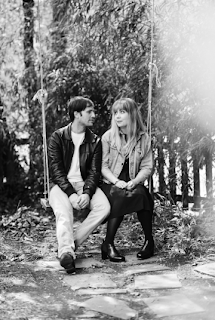 "We had grown accustomed to writing songs about breakups and unrequited love and after a while, realized that we should write about the other side of love, the good side of it I guess...it's a song about appreciating a new love and that feeling of trusting that it's gonna last. We went a little further in the country direction than we usually do with this one. That vibe seemed to suit the lyrics. We recorded it with Andrew Oedel at Connecticut College where we held the sessions for the whole record. They had an upright bass and this song is the only one we did with that bass," says Tammy of "Doing Something Right".

2016 has been an exciting year for Tammy. "Hated It (With You)", the lead single off This was given high praise from notable music site, Consequence of Sound: "Vocalist Brooke's smoky voice plays off her bandmate Aaron's arpeggiated chords to form a seductive one-two punch that plenty of listeners will be powerless to resist." Their follow-up single titled "Away For The Weekend" exclusively premiered with Pancakes & Whiskey who wrote, "This gorgeous song premiere by TAMMY immediately entrances us with hushed guitar and the line -'Traveled on horseback to get, under your skin.' That line, while striking, is just the beginning of a four-minute adventure of love, loss and the need to get away from it all. The lyrics that are sung beautifully, wash over us like a warm blanket on a stormy night while the soothing guitar and minimal percussion is like a big inviting mug of Hot Toddy."

Tammy has announced a New York City show date on December 7th, 2016 at hotspot Berlin. Tammy's This LP will be available to stream and download on December 16, 2016. Website here, Facebook here.

Third time around on Beehive Candy this year for Tammy and this time with 'Doing Something Right'. Once again the gentle acoustic back drop makes a splendid foundation for the vocals and consistently pleasing melodies and harmonies. There are some more goodies on the forthcoming album! 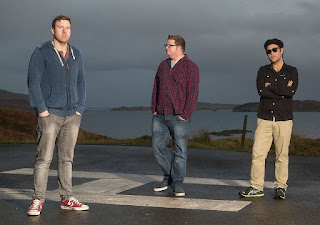 Background from one of the band (and a short and sweet one at that) - My name is Ali Murray. I am a songwriter/musician from the isle of Lewis in Scotland.

I currently play in a band called Seldom Few. We are an atmospheric rock trio from the western isles of Scotland. We just recently released our self-titled debut album.

Musically it's kind of a mix of post-hardcore, dreampop, gothic post-punk and shoegaze. We just called it atmospheric rock to keeps things simple, and because I hate describing my own sound haha. Facebook here.

Well I guess one effect of receiving a minimalist email is I get straight on the listening! 'Barely A Moon' is the first of eight tracks on the bands debut album, and highlights the meaty, expansive sound the trio produce. They comfortably drift between genres, however Seldom Few retain a consistent sound throughout and it's perhaps the change in tempo's rather than a wholesale change of direction between songs, that makes the album really work. 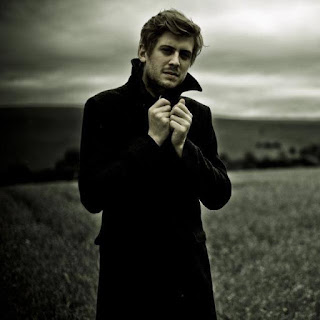 Background - James Sayer is a singer-songwriter, known throughout London for his session work & shows at the capital’s swankiest piano bars.

Hailing from Birmingham, James’ fascination and love of music began at a very young age when he learnt all things Rock n Roll through artists such as Jerry Lee Lewis, Elton John and Billy Joel. James moved to London in 2012 where he became a gigging musician, performing almost every night in piano bars, clubs and pubs. Eventually James met American producer, Alan Glass (Mis-Teeq, Kenny G), and they began working on James’ debut material. By early 2015, James had recorded an album's worth of demo recordings, and they were passed on to five time Grammy winner and former member of The Doobie Brothers, Michael McDonald.

Blown away by his music, Michael then contacted James with the opportunity for a U.S. tour with BBC Radio 1 breakthrough act Ruen Brothers. During which time they supported George Ezra, played Coachella, and even snagged a live recording session with legendary producer Rick Rubin.

Later that year, James finished his first piece of solo work - ‘Taking Back My Love’. A pure representation of what James’ sound embodies - musicianship, passion & a bit of danceability! The Follow-Up Sweet Baby Jane, see’s James at his vintage best. Influences range from the big band sound, to jazz & all out feel-good pop. The stand-out feature is James’ musical flair & love of songwriting. It’s a track that will leave the listener with a smile, as well as appealing to an audience of elitist music fans. Facebook here.

'Sweet Baby Jane' is a vibrant, punchy song, with piano, rhythm and horns providing a potent backdrop for James Sayer's superb vocals. Add in the background harmonies, and this is one floor filling danceable upbeat and fun fuelled song!

Background - Simultaneously hitting the books, either at high school or university, and playing packed-out shows to adoring fans, Ivey craft indie-pop that's primed for dance floor shenanigans. Tightening the screws since appearing on the scene in 2013, the Gold Coast quartet exude boundless charisma and magnetism with their music.

Premiered by Music Feeds, Ivey are brimming with delight to today release their new single into the world. After ceaselessly kicking goals with their previous single, 'All Things Good', new track, 'Last Week', is out today via Gd Frnds.

Unabashedly fronted by Millie, (16) Lachlan (19) and backed by Matthew (17) and Dante (20) filling out the rhythm, Ivey hit home with their passionate pursuit for danceable indie tunes. The young purveyors of songwriting craft sounds that far exceeds their aptitude and 'Last Week' is no different.

Highly infectious and executed so effortlessly, 'Last Week' is a massive, mature leap in terms of resonance for the group. Once again produced by George Carpenter (Waxhead, Jimmy the Saint & the Sinners, Karl S. Williams), acts as a quip to anyone who's fallen in love in mere hours. Shimmering guitars, hooks-a-plenty and the distinctive duo harmonies of Millie and Lachlan power this song through its breezy four minutes.

Ivey are not only maturing as musicians, but are doing it with style and ease. Continuing to further their gleaming, indie-pop sound that fans have come to adore just reaffirms the group's much deserved, unremitting success. Facebook here.

Back in July when we featured the band for the first time we said "Ivey runs the risk of too many age related comments, because it's such an excellent and well developed song". Well they clearly have the knack for doing so over and over as new song 'Last Week' well demonstrates. Less beach pop and more indie rock, the band have clearly an ear for hooks and a talent for developing really fine songs. 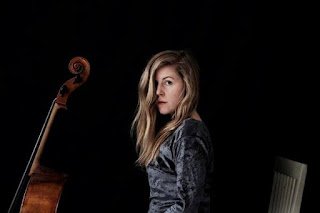 Having worked with the likes of Peter Gabriel, Sting, Ane Brun and Maia Hirasawa, Linnea leaves no doubt regarding the high level of her talent and musicianship.

Being supported by The New York Times, Linnea's sonic journey within the "cello driven fantasy pop" continues. The beautiful, soft and enchanting new single "Weekend" is out now!

OK, so not much is being given away regarding Linnea Olsson except as far as I can establish the words above. Well I guess when a song is as good as 'Weekend' teasing those in the dark might as well be accepted, let the music do the talking and so forth. In fairness it does more than talk, it's a beautiful piece where vocals and cello merge in wonderful harmony. Superb!