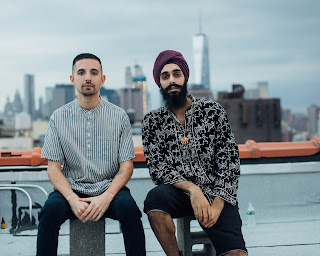 Background - “Stuck” comes as our first taste of Grumby's forthcoming EP and a humble reminder of the duo’s knack for genre-melding production. Featuring fellow New York-based songstress Sola Fide (aka Overcoats), percussive keyboard arpeggios build through the intro and then burst into an acclamation of affection with pounding drums and heavy synths.

Ultimately this story of an addictive relationship ends with a heavy head bob of acceptance as the love interest moves forward.

With rich and smooth synthy vibes and vocals that just glide and fly above the soundtrack 'Stuck (feat. Sola Fide)' is already getting considerable attention, and deservedly so. 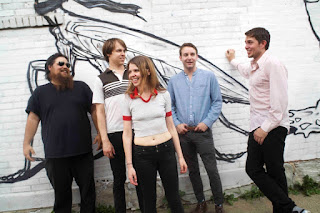 Frederick The Younger - Tell Me.

Background - Louisville's Frederick The Younger released their new single “Tell Me” a couple of days back. Louisville’s vintage pop powerhouse Frederick the Younger are gearing up to release their long-awaited debut album Human Child on February 3, 2017. The album is a bigger and more exploratory progression of their debut EP Warm Front (2016), which established their identity as a female-led quintet with a perfect balance of rock energy and pop melody.

Produced by veteran sonic wizard Kevin Ratterman (My Morning Jacket, Andrew Bird, Twin Limb, Houndmouth), Human Child is a bigger and more exploratory progression of their debut Warm Front EP from 2016, which established their identity as a female-led five-piece with a perfect balance of psych rock and vintage pop. The band wanted to create a more textured sound… on top of the tracks are Cochran's captivating vocals that harken back to the powerful female voices of the 1960s. Facebook here.

This is one splendid song! 'Tell Me' is as the promo above suggests a song that takes vintage pop sensibilities and merges them with some beautiful psych rock overtones. When I use the expression 'catchy' perhaps this can be used as a benchmark and explanation. One of eleven really fine tracks on the forthcoming album, this is a band that are full of ideas and create some pretty definitive and delightful music.