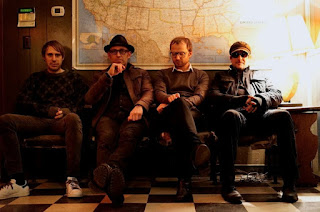 Souvenir Driver - Voices Of A Traveler.

This new album will be the band’s fourth release and was written during a four month tour hiatus. The band took their cues from a Lou Reed quote and created this new body of work with minimal chords, while putting their focus on the melodies and moods. Themes range from human vulnerability to relationships to nature to… turtles. Yes, turtles - because of their perception and representation of strength and movement. Separating from the prior album’s vibe, this new release will have a more breezy, casual energy. Bandcamp here, Facebook here, website here.

'Voices Of A Traveler' has the relaxed, easy going feel that is found across the new album. The featured track has a guitar driven melody, with the vocals adding some natural feeling to an alt rock type of song. 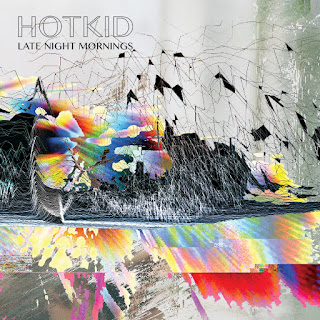 HotKid - Caught In The Light.

Background from HotKid - We are pumped to share “Caught In The Light” from our new LP, Late Night Mornings. “Caught In The Light” is about that feeling of escape you get from watching your favourite old movie, or when you’re upfront at a concert. It’s about that longing to be taken outside of yourself, out of the everyday. It also recognizes how we all exist in-between those moments of escape.

Late Night Mornings is our first full length album as a three piece. Adding bass to our previous guitar/drums duo has allowed for a little more space and freedom in the songwriting and production.

Working with producer Adam King (Lowell, Mad Ones) gave us the opportunity to spend time experimenting in the studio. We also incorporated self-recorded elements, giving the album a range that spans from more produced and experimental, to a little more raw and immediate. The album is out May 5th. Website here, Facebook here. Live dates on Beehive Candy's tour page.

There is something of a psych meets indie rock vibe with 'Caught In The Light'. Energised and vibrant the song is catchy right from the start. 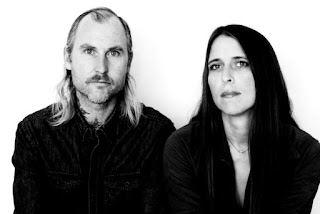 Background - Peaking Lights announce new album 'The Fifth State Of Consciousness' out 16th June 2017 on Two Flowers Records. “A  journey thru an alien landscape where the dream world tells stories of lost innocence, finding strength and seeking an enlightened state of being after trials and tribulations all wrapped up in  two syrupy dubbed to the bone balearic pancakes sprinkled with powdered psychedelia.” — Peaking Lights.

Peaking Lights’ fifth studio album, "The Fifth State Of Consciousness", is a 12-track, double LP produced in the band’s Dreamfuzz studio over the course of the last two years.

Following 2014’s Cosmic Logic LP on Weird World, it marks both a departure from the new and a return to the old, with a whole new twist on the psychedelic dub-pop they’ve become revered for, a listening experience of otherworldly sounds. Through all its peaks and valleys, the larger arc of themes within “The Fifth State Of Consciousness” surround dreams, strength, a loss of innocence, and seeking an enlightened state of being after overcoming life’s trials and tribulations.

Musically, the album shifts through many states from beginning to end, resembling a car journey through foreign landscapes. A sense of wonderment flows with each track and with every listen, new sounds and eccentricities begin to surface. Bringing together their love of Psychedelic music, House, Electronic and Reggae, each song lives and breathes it’s own life but as an album, remains knitted together by Peaking Lights’ tight, conceptual writing. Facebook here.

'Everytime I See The Light' is a very well crafted track, that is upbeat both musically and vocally, with a lively beat adding extra fizz. 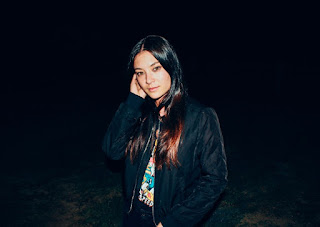 San Mei - Until You Feel Good.

Background - San Mei returns with a spectacular first release for 2017, with brand new single 'Until You Feel Good' and a national tour to follow . After the success of last cut 'Rewind', the Gold Coast multi-instrumentalist is gathering some serious momentum, heading straight out on a headline tour in Melbourne and Sydney, capped off with a cheeky support slot for North East Party House in Brisbane.

'Until You Feel Good' takes San Mei's intoxicating vocals and molds them into lush harmonic arrangements, which glide seamlessly over fuzzy guitar riffs. Combined with understated, subtle production from Konstantin Kersting (The Belligerents, WAAX, Tia Gostelow), the track is full of laid back grooves which escalate into soaring alt-rock melodies.

Beautiful dreamy and sweeping vocals are supported by a rhythmic indie pop soundtrack making 'Until You Feel Good' very enticing, and with a simmering refrain it gets even better. 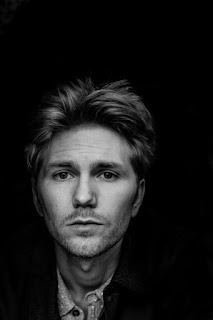 Background - Mount Song is pleased to share the second single from his new album "Mount Song" this week. Intimate, heavy and explosive, 'Here It Goes' merges dark, hazy atmospherics to create a moving reaction to loss and change. Back in 2014, singer-songwriter Jacob Johansson released his critically acclaimed debut album under the moniker Det Stora Monstret (The Big Monster). In their review, GAFFA (Sweden's biggest music magazine) named it “Swedish debut of the year and it was nominated for both the Swedish GAFFA-award and the Manifest-prize. Now, Jacob is back with a brand-new venture to sit alongside it: Mount Song.

Together with his band (Karl Vento, Knut Källgren, Lovisa Samuelsson) and co-producer Filip Leyman (Anna Von Hausswolff, Albert af Ekenstam, Det Stora Monstret), Jacob performs songs that describe and question the world we live in with an intensity, sincerity and an urgency so strong, they force you to stop and listen. His songs are poetic, political and have been described by some as relevant on a global, as well as common, existential plane.

Brought up on grunge, Jacob's influences range from the psychedelia of The Flaming Lips and MGMT to the more sombre likes of Jose Gonzalez, Bonnie 'Prince' Billy' and Jeff Buckley, whose rich influences this debut offers more than a glimpse into. Life, love, death and fear also seep into the subject matter and make for an emotional listen at times, however always giving way to an ultimate message of hope.
On the album's subject matter, Jacob says: “I write about that which feels urgent to me, the things that knock me out; my encounters with life's monsters. That which feels most urgent for me in the moment becomes the content of the songs.” Facebook here.

There is plenty of power and sometimes restraint provided through some fuzzy guitars, bass and drums. These provide 'Here it goes' with just the right music for some natural and emotive vocals and harmonies. Potent and passionate alt rock, this suggests the forthcoming album, is one to keep in mind.