JJ and The Pillars - Eva B. Ross 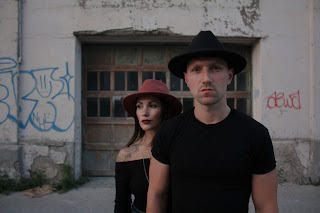 Background from JJ and The Pillars - In early 2017, we began recording our second album, Daisy, with producer Kevin Dietz (The Cranberries, The Glorious Sons, Circa Survive.) The resulting effort is the band’s best work to date, full of strong songwriting, energetic performances, and powerful delivery.

Our new single, “Howl,” marks a change in my writing style and features the powerful voice of country singer, Alyssa Morrissey. Adding a refined  southern flair counterpoint to our feverish pop sound.

“Howl” is about finding someone that makes you feel free, not afraid to be yourself around them. We have always been very comfortable both on/off stage together. Alyssa was always the country girl, while I’m the rock guy. We wanted to write a song about our relationship that was perfect for both of us.

Daisy is slated for release this fall and will be performed in its entirety live at Toronto’s Lee’s Palace on October 5th, featuring special guests Olivia and The Creepy Crawlies. TWITTER.

'Howl' is a refined alt rocker, with some beguiling dual vocals as Alyssa Morrissey adds just a little of an Americana dimension to this fabulous song. As a teaser for the 'Daisy' album this is splendid, as it keeps us guessing where the band might take us next. 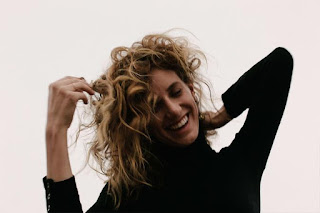 Eva B. Ross is a Los Angeles born singer-songwriter who grew up writing songs and singing in her family’s garage band. As a teenager, she advanced her studies in singing and songwriting at Interlochen Arts and at the Stanford Jazz Vocal Residency as well as the poetry division of the Sewanee’s Young Writer’s Conference.

During her time at UCLA she studied history and won UCLA's Spring Sing at Pauley Pavilion with her original composition, Chicago. Past recipients of the award include Sara Bareilles and Maroon 5. Eva has been featured twice as a vocalist on WDCB 90.9 FM’s “Chicago Jazz Live”.

She is a familiar face on the LA music scene, including performances at Echo Park Rising, KCRW Desert Nights and as a featured new artist at the Warner Center Summer concerts. Messy is Eva’s debut single. Her debut EP includes 5 additional original songs to be released by the end of 2018. Eva’s EP is co-produced by Grammy-winning Nashville producer Justin Niebank (Sheryl Crow, Dolly Parton, Vince Gill, among others) and Emmy-winning producer, Steve Rashid. WEBSITE.

'Messy 'somehow slipped through our net a couple of weeks back, (so thanks for the polite reminder August!). A bright upbeat and very pleasing pop song with tinges of Nashville in the musical backdrop, as debut singles go, this is spectacular and very contagious.