August 13, 2019
Codewalkers brand new single 'Roadman' sees the bands eclectic mixture of rap, rock and reggae working beautifully, there is an instant hit of vital energy and a groove that is fabulously hypnotic. 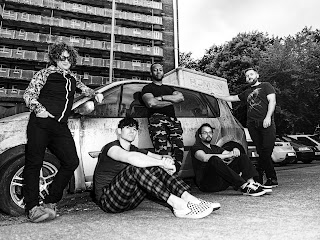 Cardiff's Codewalkers return with their brand new single 'Roadman'. After being selected for this years BBC Horizons project, figure headed by BBC Presenter Bethan Elfyn, Codewalkers find themselves with more momentum than ever.

Cardiff-based brothers: Producer, Ben Dabson and Guitarist, Dafydd Dabson, have been making noise together since before they could talk. Codewalkers was formed in 2016 when they recruited vocalist Seun Babatola to provide a message to their music. The trio were joined in 2018 by Bassist Chay Lockyer and Drummer Aled Lloyd.

Their music is a mix of rock, rap and reggae. Ambitious in scope and featuring a mix of live and electronic instruments, it moves from catchy reggae hooks to hip-hop grooves. Often drawing on his childhood experiences in Nigeria, lyricist Seun Babatola can cover serious issues in his writing - gender, violence, societal expectations - but the music is always full of life and energy. It makes you dance, it makes you think.

A few words about 'Roadman' by Seun - Codewalkers Lead Singer "Roadman’s based on the feelings of inadequacy we all have as we start off in our journey into independence, some later than others. It’s a fact that our society is increasingly expensive when you’re young or without resources. ‘Living in my mum’s basement’ is still something people get dissed for, when in fact it’s the only affordable option.

It also deals with the pressure to be more: more dangerous, more confident, more wealthy, etc. The image versus the reality. I remember being broke, living at home, still studying while everyone else seemed to be making money and climbing that corporate ladder, making waves in their respective fields. At the end of the track is the calm realisation that we are what we are. I am a Roadman. Not because I’m a gangster, not because I make paper. I’m a Roadman because I’m confident and competent and still too broke not to be chasing dreams on the street level." 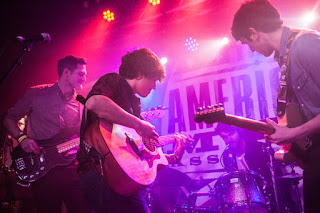 The Blue Highways - He Worked.

Formed in early 2018, London based four-piece The Blue Highways have already supported some of the biggest acts in the genre, including Iris Dement at the Sage Gateshead, and Bennett Wilson Poole on their first UK tour.

They now announce the release of their debut eponymous EP, due for release on August 23rd 2019.
A commanding live act with big vocals, close harmonies and narrative led songs; The Blue Highways are three brothers Callum Lury (Vocals / Rhythm Guitar); Theo Lury (Drums), & Jack Lury (Lead Guitar) and Bass guitarist Peter Dixon. The band were noticed early on by the Americana Music Association as ‘ones to watch’, before being offered showcase slots at Summertyne and AmericanaFest. Bob Harris and his team also took a keen interest, with the band recording a Under The Appletree session, whilst appearing on numerous stages for them both last year and over the year ahead.

The four-track EP combines songs of love and life with the first single He Worked questioning life choices, possible regrets and not always playing by the rules, whilst Matter Of Love, co-written with Dave Burn of Orphan Colours, follows the ending of a relationship, knowing it should end, but neither person having the guts. The EP effortlessly eases from biting guitars and bluesy pianos riffs to stripped back acoustic and pedal steel.

The band also appeared at numerous festivals over the past 18 months including Country2Country at the O2, Ramblin' Roots and Country in the Afternoon. They are also regulars on the London gigging circuit having recently played with Wildwood Kin, The Fargo Railroad Co, Speedbuggy USA and Matt Woods and the Natural Disasters.