August 16, 2019
North America have just released 'My Baby's No One's Girl' a melodic and earnest indie rock song that is lush and just so natural.

Seazoo share 'Throw It Up' a feisty indie pop / rock song with a message and bags of hooks along the way.

We featured 'Coming Loose from Llovers back in May and they return with 'Honestly' which is another gorgeous indie rocker.

The Achievers new song 'No One Remembers' is a refreshing  and refined roots and blues rock piece with notably fine musicianship, vocals and harmonies. 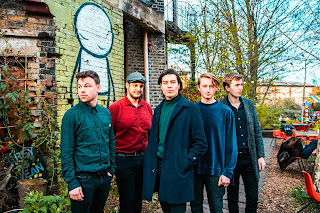 Narrated by frontman P.F. Phillip, the song is a candid letter of warning about a lover slipping through your fingers. Describing those intimate moments of a relationship they thought would never end, My Baby’s No One’s Girl is a realisation of being blinded by love as fond memories turn to bittersweet retrospect.

Fresh from their main stage support for The Lightning Seeds at Create Festival, North America head into the studio to record their debut EP offering. 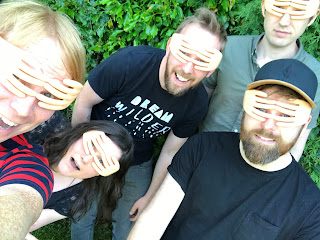 Welsh noisy indie-pop maestros Seazoo announce their return with swaggering new effort Throw It Up, the lead single from the band’s upcoming sophomore album set for release early next year.

Heavily influenced by the likes of Yo La Tengo, Courtney Barnett and Grandaddy, the rousing five-piece have enjoyed significant support throughout the tastemaker community and across the airwaves (BBC Radio 1, 6 Music), with their glowing reputation as an exceptional live act leading to appearances at SXSW, The Great Escape and Green Man and slots with IDLES, The Lovely Eggs and Circa Waves.

Discussing the release, frontman Ben Trow stated: “I see a lot of people rejecting aspects of modern life, like tech, tech platforms, even careers as a way of trying to improve happiness. Some people make extreme lifestyle changes, like moving into a forest, or selling-up and moving into a van. But I also see people getting rid of their smart phones or deleting their social media. So I guess the song’s about making the decision to reject something in an attempt to improve well-being”.

Produced by Ben Trow and Mike Collins, Seazoo’s Throw It Up is out 13th August and will be available via all platforms. 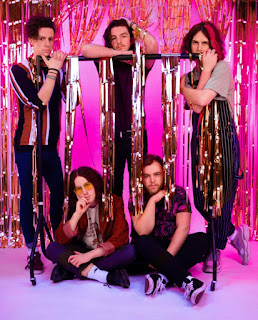 Layered with their trademark anthemic overtones, the quintet’s immense potential is demonstrated once more in their latest psych-pop infused single, and follows their thrilling slot on the BBC Introducing stage at Radio 1’s Big Weekend alongside Dylan Cartlidge, Slowthai and The Orielles earlier this summer.

Drawing widespread acclaim throughout the online community (NME, DIY, The Line Of Best Fit, Clash, Dork, Wonderland) and across the airwaves (BBC Radio, 1, BBC 6 Music, Radio X) over the last 18 months with a series of early releases, the band have already demonstrated their swaggering live potential supporting acts including Sundara Karma, Dream Wife and VANT and will be heading out on the road this autumn to coincide with their debut EP release.

“Sonically the track is unlike anything we’ve done before”, reveals co-frontman Jack Brooks. “We’re always really excited to show people the breadth of what we can do and Honestly allows us to showcase another side to us that I think is really exciting. It’s about sharing a momentary connection with someone. I get so caught up in these moments myself and often find myself puzzled over how real these connections are, or whether they’re merely driven through circumstance, timing and enough delusion to allow these moments to manifest in a romanticised version of themselves”.

Produced by Chad Male (Cape Cub), Llovers’ Honestly is out 14th August via Think Tank? Records and will be available on all digital platforms. 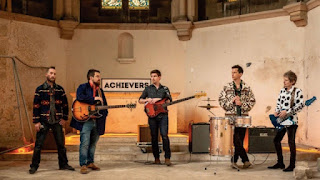 The Achievers - No One Remembers.

Innovative Blues band The Achievers are set release their fantastic new album The Lost Arc this September 6th, have just released single No One Remembers.

The Achievers are one of the most talked about and critically new bands on the UK Blues and Roots music scene; with a reputation for innovation and originality, they prove that soul, groove and song craft still matter in the blues.

The bands brand of modern, secular ‘Dancefloor Gospel’ has catapulted them from near complete obscurity to rave reviews and big-stage appearances across Europe.

Following the success of their 2018 debut album, ‘Live at The SVA’ the UK Blues Federation have chosen The Achievers as finalists in this years 6th UK Blues Challenge, seemingly recognising the need to modernise and diversify the genre. With their infectious rhythms, joyful melodies and four-part harmonies The Achievers stand proudly as British Blues & Roots outliers. 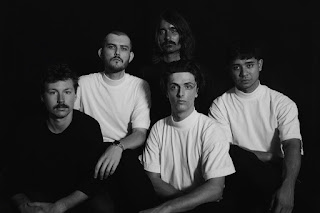 It's been over two years in the making, but it's finally here - The Jensens rise to the top with their heavily anticipated debut album Hyacinth Haze.

Having blasted through the cosmos with the effervescent 'Coma', peered through the psychedelic haze of 'Mt. Mura', all before settling down with some soothing sax lines on 'Four Chambers', The Jensens' have taken fans on a rollercoaster of sounds, emotions and sensations across the album's three releases.

The long awaited debut LP is the result of The Jensens locking themselves away in the studio, experimenting and recording for the better part of a year. Pushing the boundaries of their sound like never before, the seven-track album incorporates aspects of prog rock, disco and electronic to the group's signature indie rock sound, a mesmerising mix which keeps things refreshing from start to end.

"The songwriting is more complex, there's more mature lyrical themes and more experimental production too" guitarist and vocalist Nathan Kendall explains, "It was written and recorded during a time in our lives where we questioned everything we were doing, as musicians, as friends, as lovers, as human beings and as a band. The album is a relinquishing of the naivety of youth and an acceptance of reality and the world around you."

The quintet are still pinching themselves from their Splendour In The Grass debut, not to mention their wins at the prestigious QUBE Effect, taking home the 'Telstra Innovation' and 'JMC Best Original Song' awards the weeks prior. Prior singles 'Coma' and 'Mt. Mura' saw spins on triple j and triple j Unearthed, racking up over 30,000 streams between them, having landed in Apple Music's 'The New Rock' playlist along with Spotify's 'New Music Friday AU & NZ', 'Indie Arrivals' and 'Chords + Cardigans' playlists.

With two EP's already released, the youthful Everybody Talks (2016) and the melancholic Sexless (2017), The Jensens have since gone on to share the stage with the likes of The Vaccines, Last Dinosaurs, Spiderbait and Twin Peaks. Adept festival stage rockers too, The Jensens have performed at tastemaker events such as Splendour In The Grass, The Blurst of Times, Mountain Goat Valley Crawl, Valley Fiesta, Jungle Love, Grampians Music Festival.