September 10, 2019
It's with pleasure for Beehive Candy to premiere the brand new single for Adam & Elvis namely 'Dr Bad Touch'. We've featured the band a few times in the past and it's fascinating to see how their music has developed. With the latest song we have something of a musical extravaganza, the dark humour, the slow pulsating rhythm and the anthem like chorus line all fuse together beautifully, catch them live if you can.

Steve Hewitt shares 'Pieces' a sophisticated modern folk piece which includes the complemetary vocal harmonies from country trio Orfila, add in the charming video and this song does indeed stand out. 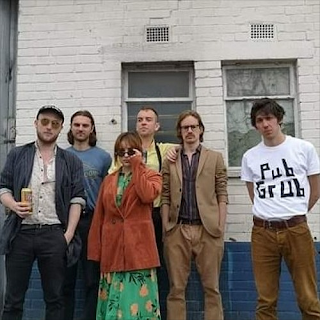 Released today the latest track from Adam & Elvis is called Dr. Badtouch, which, from the very start, is creaking and itching to escape confinement. The explosive moment comes with sludgy guitar, twisted synthesizers and an irresistible sax line. This makes way for a choral, anthemic hook, giving the song a kind of Jekyll-and-Hyde character. Morbid lyrics are delivered by a gruff but composed voice that gradually loses it over the course of the second verse, along with synthesizers redolent of malfunctioning equipment.

Some playful bass and percussive work lift and drive the song towards its outro, where the euphoric hook and grubby vocal converge. As this dies away, we are left like a torn-trousered, shirtless Bruce Banner tentatively waking up and surveying the rage-induced rubble.

Adam & Elvis have grown in the most literal of senses since the release on their lofi debut album Through Snow And Small Talk, with the addition of Female vocalist Martha and Anna on Saxophone.

Their debut gained them attention from Steve Lamacq of BBC 6 Music playing The Artiste and NuWave Hippie on several occasions and remarking on singer Patrick’s wry lyricism as something deserving more attention. Currently the band are finishing up their second album Pub Grub which sees them embrace
more abrasive elements of post punk and the troubadour stylings of singers like Tony Bennet.

The band’s influences are widespread but apocalyptic humour is a recurring trait in all the acts they admire. Think HMLTD, Richard Hell and Leonard Cohen via Derek and Clive and the short stories of George Saunders.

The band are now a seven piece extravaganza pulsating with relentless energy ensuring that every moment of every performance is spectacle the audience will not forget. Each song has a humble beginning. Brothers Thomas and Patrick meet in the studio where Thomas works as a sound engineer in the dark of night whilst the studio lay ghostly empty. Together they craft sardonic songs. Patrick has a background in literature and Thomas in musical production. 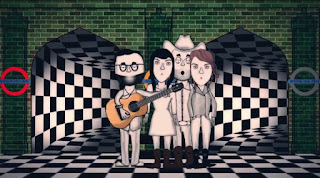 For the Kent (UK) based artist who's songcraft fuses aspects of Alternative Folk, Country, Soul, Pop and Americana - 2019 has been an exciting and progressive year for Steve in introducing his music to a wider audience both in the UK and internationally.  His 'Bigger Than Words' debut album has scored huge support from specialist radio outlets around the world along with positive reviews from numerous online music zines and acclaim from one of the UK's leading country music publications - Maverick Magazine.

As an experienced and captivating live performer, Steve has opened stages for a diverse range of artists including Newton Faulker, TopLoader, Emma Stevens, Tom Hingley (Inspiral Carpets) and many more and can now add recent appearances at events such as Black Deer Festival to his growing list of achievements. Fans can expect new material in the pipeline soon as Steve has already began penning songs for a new album expected to land next year. 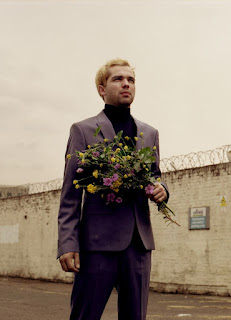 Gearing up for the release of sophomore album Hope is for the Hopeless later this month, The Golden Dregs has shared yet more evidence of his finely crafted songwriting in latest cut Clarksdale, MS.

“Clarksdale is a crossroads town in Mississippi, widely regarded as the birthplace of the blues”, explained enigmatic songwriter Benjamin Woods. “I spent some time there 10 years ago. I was travelling the States with a friend, who would go on to become my partner for several years. It was an apt location for all the uncertainty and insecurity that comes with the early stages of a relationship. That said, it captures one of the fondest memories of my life”.

The follow-up to 2018 debut LP Lafayette (released via Art Is Hard Records – previously home to Flamingods, Penelope Isles, The Orielles), Hope is for the Hopeless conveys Woods’ general sense of introspection and reflection with aplomb, none more so than in recent singles Just Another Rock, The Queen of Clubs and newest offering Clarksdale, MS.

Having already earned welcome comparisons to the likes of Lou Reed, Tom Waits and Tindersticks, in addition to widespread critical acclaim (The Line Of Best Fit, Clash, Paste, The 405), the rising musician will be marking his album release with a launch show on 27th September at SET Dalston, London (tickets available here), followed by a nationwide UK tour in November.

Preceded by latest single Clarksdale, MS out 9th September, The Golden Dregs’ Hope is for the Hopeless is released 27th September and will be available via all digital platforms.