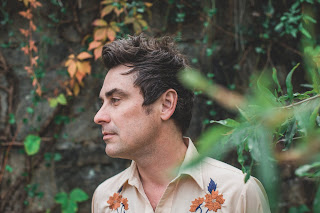 Eliot Bronson - Even This Is Going To Pass (feat. Lori McKenna).

Eliot Bronson whose talents with "bluesy harmonies and a dark sense of humor create powerfully evocative folk songs" earned him the accolade of Best Songwriter by Creative Loafing, releases a powerful new song today. Bronson shares his new work "Even This Is Going To Pass," featuring beautiful harmonies from one of the most respected singer-songwriters, Grammy-winner Lori Mckenna. Proceeds from "Even This Is Going To Pass" will be donated to Feeding America in support of their incredible work year-round, and especially during the Covid-19 crisis.

The video was created by the visual artist Antje Duvekot using a beautiful handmade technique. Next month Eliot will share details on his upcoming album, which will be released this summer.

"Even This Is Going To Pass" was written a few weeks ago just after Bronson’s performance on the popular (now livestream) show Shut in and Sing. Bronson was struck by the realization of all that is going on right now and how it is affecting the people around him; quarantine, social distancing, layoffs, shutdowns, some folks completely cut off from friends and family. In this stressful time Bronson was inspired to give hope. 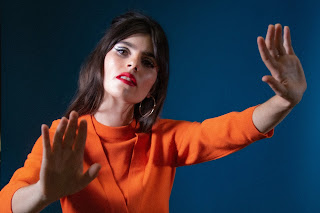 “Sometimes I feel like we’re just sleepwalking through our lives. We’re not really present.” Hazel English wants us to open our eyes. Through her shimmering, daydream-pop, the California based singer-songwriter is on a mission to rattle the cages of our very existence, asking us to dig deep and ask challenging questions of ourselves. ‘Wake UP!’, her debut album, is a call to arms: an attempt to “make people become more aware and mindful,” she says.

Since debuting with bittersweet single ‘Never Going Home’ in 2016, the Sydney-born artist has felt the urge to connect with her listeners in a meaningful way. Blending wistful, candid lyricism with jangling psych and beach-pop sounds, English’s compelling songwriting has earned her over 25 million streams, airplay on BBC Radio 1, 6Music and Beats, praise from Lauren Laverne and Annie Mac, and press acclaim with double EP ‘Just Give In/Never Going Home’ labelled by The 405 as “one of the strongest records of the year”. 2019 saw her gain an even wider audience after touring with Lord Huron and Death Cab For Cutie.

Where the double EP was very much a lo-fi, bedroom-produced record, English left her home setup behind in favour of roomy recording studios and tapped up session players for her debut album. Bigger, lusher, and more live-sounding, the LP shows a new side to English: one that conveys the joy and excitement of collaboration. Drawing from a more grandiose sonic palette while pulling on the same sun-kissed thread of her previous work, half of the record was made in LA with super-producer Justin Raisen (Sky Ferreira, Charli XCX, Angel Olsen), while English flew to Atlanta to work with Ben H. Allen (Deerhunter, M.I.A, Animal Collective) on the other half. 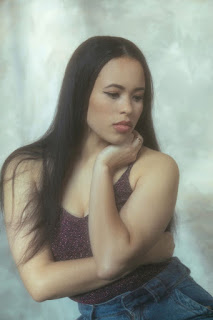 Nashville songwriter Sophia Boro has unveiled "Nobody Knows," the first single from her upcoming debut EP, expected this fall. Set for release on April 24, "Nobody Knows" is a rebuke to the establishment. After working as a server, Boro wrote this song to call out toxic work culture, especially in the service industry where she and her fellow co-workers were often treated as insignificant pieces of the process.

Nashville artist Ian Miller produced “Nobody Knows” and also played keys on the track. Ian’s experience as Music Director of Brett Eldredge’s band lead him to provide a keen sense of direction for Sophia’s new tracks. “Nobody Knows was tracked on one of those days where everything starts out a bit chaotic but that energy is reigned in during the recording process to create a real emotion that is tied to the song," recalls producer Ian Miller. When the recording session was held, there was confusion over booking a drummer. Ian came through in the clutch and called up veteran drummer Nate Felty (Kelsey Waldon, Devon Gilfillian). Nate had a plane to catch just hours from then, so he raced over to Ian’s studio, listened to Sophia run through the vocals once, and together the six-piece ensemble assembled for the session that afternoon completed tracking on “Nobody Knows” in 45 minutes.

A Suzuki trained violinist with roots in the theater, Sophia Boro has an affinity for the melodramatic and romantic. Her poetic lyrics are laced with metaphors and intricate stories, while her unique and sultry vocals lend to a 90’s-esq folk-rock sound. It wasn’t until her time at the University of Nebraska-Lincoln when Boro discovered her passion for music. During college she honed in on her vocals and upon moving to Nashville she has expanded her songwriting ability. 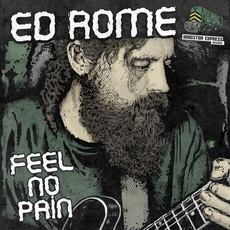 Ed Rome’s first release for more than 5 years, the Feel No Pain EP was recorded, mixed, produced and mastered by Ed Rome at his studio: Slam Door Studios. 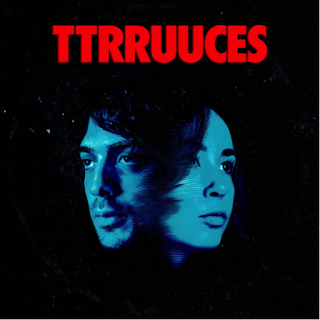 If you’ve been following the trajectory of TTRRUUCES, you’ll have seen that the duo place creativity and imagination at the forefront of everything they do. Spinning free of the confines of genre. they’ve created an otherworldly narrative that’s been further explored with a series of striking videos.

It’s an approach that’s winning support from Jack Saunders and Phil Taggart at Radio 1, Tom Robinson at 6 Music, John Kennedy at Radio X, plus Clash and DIY. They’ve also been added to key playlists at Spotify, Deezer and SoundCloud.

Now TTRRUUCES’ vision is set to be fully unleashed with the news that they’ll release their self-titled debut album on June 26th. The album is launched with the new single ‘Evil Elephant’ alongside an official video.

Written as a rock opera, the album is a dream-like adventure, simultaneously euphoric and disorientating in both mood and execution. At its core is the story of a Sad Girl and a Lost Boy, whose quest to acquire a new drug named TTRRUUCES takes them on a mind-altering journey. The album’s sound is equally audacious. The Anglo-French duo - Natalie Findlay and Jules Apollinaire - are full of starry-eyed ambition, and have crafted a saturated fusion of symphonic pop, boisterous beats and reflective ballads. Each song is accompanied by a visual which will ensemble into a final movie.

The first character that the narrative introduces is Sadie, the 17-year-old Sad Girl. She’s disenchanted, depressed and out of place in the world. Desperate and unhappy at home and in need of real sensations, she leaves home looking for a new experimental blue substance TTRRUUCES, promising to expand your mind and offer true happiness. We’re then transported to the local disco, where we meet Syd, the Lost Boy. He’s a little older than Sadie, but he’s also an outsider. He can’t find his lust for life, despite living a hedonistic existence of risk-taking and epic nights out.

They meet and together they embark upon an unlikely rite-of-passage, which encompasses experimenting with TTRRUUCES, inducing an insanely powerful bad trip followed by and ecstatic and Joyfull roadtrip, ultimately, the possibility of a spiritual awakening and a life-long bond.