Bristol's Cousin Kula today release their new single "Something So Sweet", the final taster of their debut album Double Dinners, out November 26th via Rhythm Section.

With co-signs from the likes of BADBADNOTGOOD, Cousin Kula's forthcoming debut album Double Dinners follows their 2017 EP 'OODLES', 2019's 'STROODLES' EP, along with their 2020 'Casa Kula Cassette', which caught the attention of beloved tastemaker and DJ Bradley Zero who swiftly signed them to his Rhythm Section label.

New single "Something So Sweet" is a prime example of the band's undeniable ability to blur the lines between sweeping psychedelia and blissful jazz. Arguably the best showcase of Joe Milkinson's jazz drumming prowess, the track is wonderfully interspersed with stunning saxophone turns, intricate guitar passages and electrifying synths.

Speaking on the new single release the band said: "The production really stands out on this one and is testament to Doug’s hard work engineering and mixing the whole record from home. Most of the tunes on the album are live takes - Doug built his own ribbon mics, dozens of acoustic panels, and engineered the whole thing so that we could record everyone together from separate rooms in the house - all to get a live feel that lends itself so well to these tunes."

Cousin Kula have created their own musical universe of otherworldly pop serenity with vastly distinct, but complementary elements: “the possibilities of jazz, the emphatic energy of club culture, and the sonic tapestries of psychedelia” CLASH Magazine remark.

Living and recording together, nestled in the sun-drenched hills on the outskirts of Bristol, Cousin Kula are masters of their craft, and also of restraint; widely regarded by their fans for their superior live show. Having performed live in various bands for the past 10 years since their early teens, not being able to hit the stage during lockdown took its toll on these musicians. Ever resourceful, however, Cousin Kula began a series of their own home-made live sessions, which lead in turn to a Boiler Room Session and further a request from XL signees BADBADNOTGOOD to record a live adaptation of their new single.

Now, Cousin Kula flutter into the collective consciousness with a timeless slice of psychedelic soul on debut album Double Dinners. The latest band to emerge out of the buoyant Bristol music scene, they have stripped back all excess baggage for their most accomplished recordings to date. 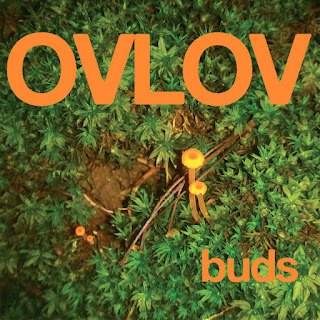 We're a little over a week away from the release of Ovlov's third full length Buds, which will be out next Friday on Exploding In Sound. Their first new music following a long layoff after the release of their beloved 2018 LP TRU, the album has been one of the more heavily anticipated of the fall, earning praise from outlets like Pitchfork, NPR, FADER, Uproxx, Paste, MTV, BrooklynVegan, and Stereogum who ran a feature that dives into the band's history and influence last month. Today the band are sharing a final single from the record, a track entitled "Eat More."

"'Eat more' is about that last person I fell in love with, and I wrote it once I realized I had fallen in love," explains Ovlov singer and lead songwriter Steve Hartlett. "They did not feel the same at the time, however. Thus it being so needy, lyrically. One of my favorite guitar parts I’ve ever written, though!"

Formed in 2009, Ovlov are the kind of cult phenomenon that seems to never stop growing despite the stop-start pattern of the band's existence. Led by songwriter and guitarist Steve Harlett, the Connecticut four-piece has released two LPs and a handful of EPs over the last decade and have broken up more times than they have made albums in that span, and yet their reputation (and with it their audience) has steadily expanded, largely as a result of a kind of grassroots, word-of-mouth excitement that feels of a piece with the band's DIY origins. Fixtures at now legendary Brooklyn venues like Shea Stadium, the band's two LPs (2013's AM and 2018's Tru which both saw release on the Brooklyn label Exploding In Sound) have seen them praised for picking up the torch of '90s indie rock groups like Dinosaur Jr. and Sebadoh, making what NPR described as "big, fuzzy rock n roll that you can drown in," while carving out a unique sound that has had a surprisingly persistent influence on the indie rock bands that came after them.

Recorded with the same producer and engineer who has handled every Ovlov album, Michael John Thomas III at his Black Lodge Studio in Brooklyn, Buds is the latest document of Ovlov’s slow and sturdy evolution. But this time, the band’s become even more of a family affair. Though Steve’s long been riffing alongside guitarist Morgan Luzzi, the band was started with Steve’s younger brother Theo on drums. This time around, their older brother Jon joined them on bass—and their dad, Ted, even stops in to rip a sax solo on “Cheer Up, Chihiro!” Considering the Hartlett brothers learned how to play music together, it’s a full circle moment as they all come together in service of making Ovlov’s most fully realized statement yet. 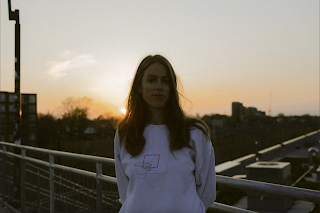 “‘Gravity’ is about what it’s like when you choose to love someone in spite of hurt and difference,” the artist explains. “Rather than running away from tenuous relationships, holding space for the other person to be themselves with all their flaws and beauty.”

While her previous single explores the experience of fear shrinking one’s inner world, “Gravity” charts its expansion through love.

Lilting clarinet and strings elevate the grace of this song’s gentle beauty, which is one of SHEAL’s most ambitious pieces, both lyrically and production-wise. It conveys the feeling of weightlessness at the centre of “Gravity.”

“I think a lot of my writing is me finding my voice. I’ve always been inspired by beauty and beauty in music, and that’s inspired me to create. My challenge was always finding my voice and feeling like I had something worthwhile to say.” explains SHEAL, Toronto-based singer-songwriter and multi-instrumentalist. 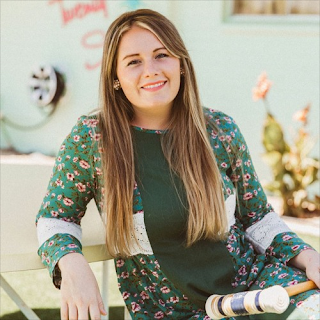 Courtney Cotter King has just released her newest song "Electric Feet," a 50's and contemporary style jazz pop song about the happiness her children spread, especially when they dance.

Courtney dedicates “Electric Feet” to moms everywhere and the creative chaos that ensues with their children. Inspired by the “booty-slide-slide” (her oldest’s first signature dance move), it’s all about dancing along with kids’ endless energy, rather than trying to dim it down. From the same planet as Pharrell William’s “Happy” and Ray Lamontagne’s “You Are The Best Thing”, it’s one to lift the spirits with it’s upbeat fun from start to finish.

Courtney Cotter King was born with a piano as an appendage and is inevitably attached to the keys. A raw talent, with smooth vocals and lyrics beyond her years, Courtney commands a room with merit for listening. Courtney’s artistry at the piano drives her blue-eyed soul, singer-songwriter genre. Of her unique sound, Marmoset Music Publishing said, “Piano-driven arrangements informed by classical and jazz come off effortlessly, evoking both early 70s Stevie Wonder and 90s Tori Amos. Smart, soulful, and surprising, Courtney's tunes easily marry sound with story.” She has performed with a long list of artists including, Meghan Trainor, Melanie Safka, and Courtney Marie Andrews.
CourtneyCotterKing · Electric Feet