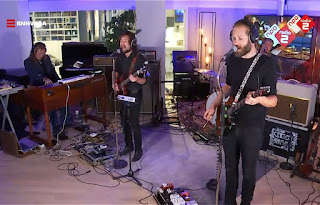 Certain Animals - All Is Over Now.

'All Is Over Now' proves that Certain Animals dares to become more and more personal, and is less anxious to show her true colours. What emerges is sometimes soft, sometimes sweet and longing for a recent past. Smooth and polished, like the late seventies period from which the song borrows inspiration, but always with an edge.

With vintage artistry and a Wurlitzer which would have suited a Supertramp record, the band describes the drifting apart of two lovers, without forgetting to shine a positive light on such a situation.

Incredible close-harmony, befitting The Beach Boys or The Beatles, and falsetto choirs echoing the sound of Electric Light Orchestra records, are complemented by an array of musical talent in the form of clarinets, flugel horn and a Hammond organ. All dressing this track up to perfection.

After mourning a loss and nearly drowning in nostalgia, Certain Animals breaks free in the final phrase and closes the song with tasteful Baroque themes, played vigorously on trumpet and fuzz-guitar. Thus paying homage to the band Focus and lifting the spirit of the listener after an emotional journey.
With the release of their last two singles Midnight TV and Angels In Disguise, Certain Animals has now reached a larger audience in their home country of the Netherlands. The band has already been invited twice to play songs live on national TV.

TCBYML · Certain Animals - All Is Over Now 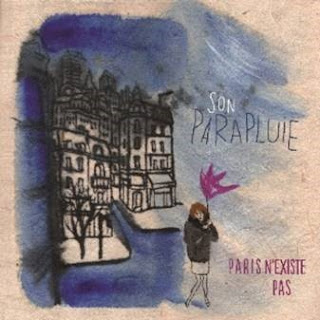 Just released is a unique and wonderful set of songs entitled Paris n’existe pas by Son Parapluie (Translation: Paris Does not Exist by My Umbrella) through a partnership between French label Europop 2000 and American cohort 80 Proof Records. This project, a reverie of a classic era in French music featuring a fascinating, unexpected combination of performers, will be initially released on digital and limited-edition CD with a crowdfunded vinyl version. A unique NFT single with exclusive art and music will also be released.

Son Parapluie originates with Jérôme Didelot of the band Orwell, who has released a string of artful pop albums over the past two decades including 2020’s Parcelle brillante. Didelot wrote these new songs to evoke the late the 60’s Paris of Serge Gainsbourg and Jane Birkin. Isobel Campbell (Belle & Sebastian, Mark Lanegan duet albums) leads the sterling cast as featured guest vocalist. Jah Wobble (PiL, Invaders of the Heart), Martin Carr (The Boo Radleys, Brave Captain), and noted French engineer/producer Yann Arnaud also appear providing remixes of songs from the project. Japanese singer Sugar Me rounds out the performer list singing on an alternate version of one of the songs.

Famed French artist Charles Berberian (known for his comic books, multiple movie posters and magazine covers including The New Yorker) created original artwork for the album cover, as well as second unique piece that will be available only via an NFT single.

The lead song and title track, an aching masterpiece of gentle French pop, explores Paris as metaphor. A place steeped in dreams and fantasies that are unattainable for all but a very few. Does this Paris exist? Peut-être. Peut-être pas. The album launched globally on 3rd June via all major digital platforms and compact disc on Amazon, Bandcamp, and select record stores in Europe through Europop 2000 and Belgian label Hot Puma and North America via 80 Proof Records.