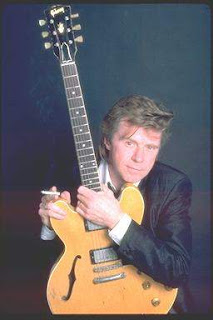 It is in fact an edit from two concerts, predominately the latter part of two gigs, both most likely to have been recorded in New York, USA, towards the end of Rockpile's fourth USA tour.

Source: Most likely from two FM broadcasts, King Biscuit Flower Hour recorded their final tour show, (however this specific concert does not appear on their site), so their is some guessing on the set list sources below, (any music detectives out there who know more?).

Sound Quality: FM stereo, all good listenable standard, you will note a change in audio levels on the last four tracks.

Comments: Rockpile were Dave Edmunds, Nick Lowe, Billy Bremner, and Terry Williams, the music very much good time rock'n'roll. That's the easy bit, finding out the background on this bootleg was a little tricky, and I am only still guessing the concert venues, still never mind, judging by the audience and band this was a great tour, and well worth a share.

Feelgood said…
I got 11 tracks on it.
track 9 Falling In Love Again
track 11 Little sister

Wild Man Mikey said…
Thanks for this - I saw them on this tour, playing the Hastings Pier Ballroom, a terrific venue where many great bands played around this time. It was a great night, looking forward to hearing this.
5 March 2009 at 20:02