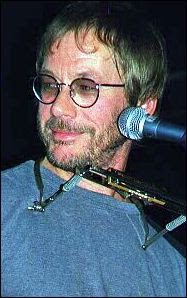 Time flys by and it's is already over six years since the passing of Warren Zevon. There has been some dispute over the source of this broadcast, Warren clearly mentions the venue as London and the BBC did indeed broadcast his London concert in 1988 however the song order slightly differs. As far as I can gather this is a rebroadcast of the London show by a Dutch radio station, who may have edited the original a little.

Leaving the detail aside this is an excellent concert from Warren Zevon accompanied by a superb band. The original performance was on the 25th January 1988 at London's Hammersmith Odeon.

If you visit Warren Zevon's official site please consider signing the petition for his much overdue induction into the Rock and Roll Hall Of Fame. This particular concert has traded in the past as 'Ain't That Pretty At All'.