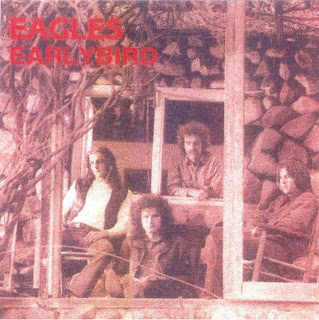 This is The Eagles live in 1973 from a recording that has been circulated as Earlybird.

There were two versions of the Earlybird bootleg both included the BBC Radio set (tracks one to nine) and were probably lifted from a BBC transcription disc as soundboard is credited for this part.

Version two includes the bonus track of "Already Gone" from another TV performance and is included here, and was originally circulated by 'Music Nation' (number 005). This copy (which came as a digital file) also includes three more tracks from Santa Monica 1973.


With five number one singles and six number one albums, the Eagles were one of the most successful recording artists of the 1970s. At the end of the 20th century, two of their albums, Their Greatest Hits (1971–1975)  and Hotel California, ranked among the 20 best-selling albums in the U.S. according to the Recording Industry Association of America. Hotel California is ranked 37th in Rolling Stone's 500 Greatest Albums of All Time, and the band was ranked No.75 on the magazine's 2004 list of the 100 Greatest Artists of All Time. They also have the best selling album in the U.S. with Their Greatest Hits (1971–1975), which sold more than 29 million copies.