Showing posts from December 5, 2010
Show All 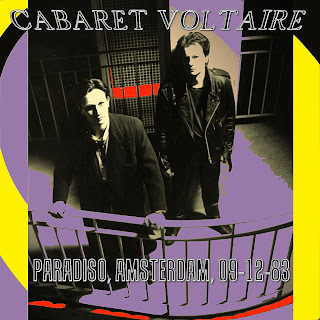 This is Cabaret Voltaire live in concert at the excellent Paradiso concert venue in Amsterdam, Holland back on the 9th December 1983. The band initially composed of Stephen Mallinder, Richard H. Kirk and Chris Watson, the group was named after the Cabaret Voltaire, a nightclub in Zurich, Switzerland that was a centre for the early Dada movement. Their earliest performances were dada-influenced performance art, but Cabaret Voltaire later developed into one of the most prolific and important groups to blend pop with dance music, techno, dub, house and experimental electronic music. The band formed in Sheffield in 1973 and experimented widely with sound creation and processing. These early experiments are documented on the triple album CD set Methodology (Mute 2002). They eventually turned to live performance, often sharing the bill with Joy Division. In one incident, Mallinder was hospitalised with a chipped backbone after the band had objects thrown at them. However the arrival o
2 comments
Read more
More posts