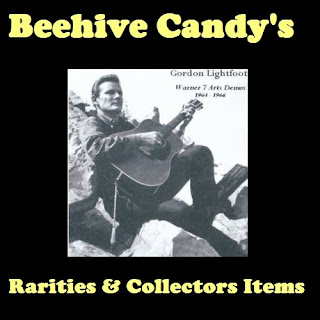 This is the fourth edition of Beehive Candy's 'rarities and collectors items' where we feature very listenable but hardly audiophile standard recordings. On this occasion we have Gordon Lightfoot and a collection of demo recordings that have circulated under the title 'Warner 7 Art Demos, and feature material from 1964 - 1966. Despite the fact that most of Gordon Lightfoot's major and international success came in the 1970's He was gaining attention in Canada from the early part of the 1960's. In 1962, he released two singles that were local hits in Toronto and received some airplay elsewhere in Canada as well. "(Remember Me) I'm the One" reached number 3 on CHUM radio in Toronto in July 1962 and was also a top 20 hit on Montreal's CKGM, then a very influential Canadian Top 40 radio station. The follow-up single was "Negotiations"/"It's Too Late, He Wins"; it reached number 27 on CHUM in December. He also sa
1 comment
Read more 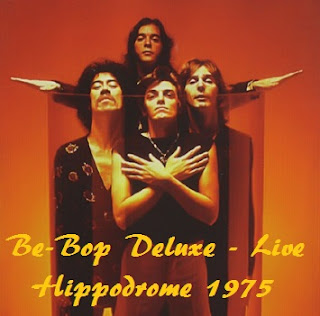 This is Be-Bop Deluxe performing a live set for the BBC back on the 14th June 1975 at the Hippodrome London, England. Be-Bop Deluxe were founded in Wakefield, Yorkshire, England, by Bill Nelson in 1972. They never played bebop music, but instead came out of the blues-based British rock scene of the late 1960s. At first they were compared to the more successful David Bowie, but Nelson never tried to copy Bowie, and appears to have disliked comparisons or being pigeon-holed. This artistic restlessness eventually led him to disband Be-Bop Deluxe altogether and pursue less commercial paths of expression. Influences upon the band's music included David Bowie, Roxy Music, King Crimson, Pink Floyd, Van der Graaf Generator and Frank Zappa. The band's sound emerged as a mixture of glam rock, prog rock and straightforward rock and roll. Science fiction imagery (e.g. robots) was common in Nelson's lyrics, along with the more traditional themes of love and the human condition
5 comments
Read more
More posts