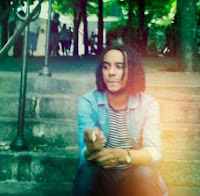 Background: Golden Glow is the charming solo project of Manchester singer/songwriter Pierre Hall. Son of a British father from Trinidad and Tobago, and a Mauritian mother, Pierre's early years were spent near Liverpool before moving to Manchester at 18 for university. Although he had already dabbled in poetry and guitar, it was in Manchester that music became the central focus of his life. Not long after befriending the creative promotion team Akoustik Anarkhy, Pierre began his own weekly club night Friends Of Mine and threw a series of raucous house parties that lead UK Nightlife guide City Life to say "if Manchester music really is going though a golden age of partying and cool DIY indie club nights, then Pierre Hall is unquestionably the city's chief party organiser." It was during this same fertile period that he fronted the short-lived but much-loved Brit-Pop band Lead Balloons. In October 2009, just as Lead Balloons were ending their time together, Pierre was
Post a Comment
Read more
More posts