Some background - Lady Low is a rock quintet comprised of Jimmy Sweet (vocals, guitar), Rachel Maxann (vocals, synth, bass), Eden Lee (vocals, drums), Kaitlin Wolfberg (violin) and Hannah Blumenfeld (violin). Sweet had always wanted to start a band that combined love’s passion and old school rock and roll. After returning to L.A. by way of London, he formed Lady Low. Maxann found her way to the City of Angels after growing restless in the Big Easy. She brought aboard her old friend Lee, and after enlisting the help of local string talents Wolfberg and Blumenfield, the world’s first romance rock group was born.

Lady Low is not the first musical expedition for these romance rock pioneers. Jimmy has been rocking for years, starting out with legendary San Francisco rock band, The Richmond Sluts. He still performs with the Goodtime Boys, a ‘70s cover band, along with members of Hot Hot Heat, Fleet Foxes, The Heavy, and Beachwood Sparks.

Lady Low are new to Beehive Candy, it's a while since we have featured any music that could perhaps be termed 'romance rock', whatever I like their music & that's a good enough reason to share. 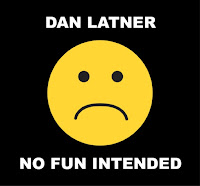 Dan Latner has this to say about his new album 'No Fun Intended'.

The album really snowballed accidentally into existence. In 2012, I received a writing grant for a comedy album, and headed out to woodshed in Prince George, BC (Northern Canada), where a long term girlfriend was living. We broke up 2 days into the visit (that's funny right?) and then I moved to Sri Lanka where I wrote most of the songs. I've been bouncing around Asia and Africa ever since.

I wrote "In a Hotel" and "Girls with Glasses" in Nepal, so you could say that the album was written mainly during my travels.

You can find out more about Dan over at his website (Here),  A fiddle player and very amusing, it's also been sometime since Beehive Candy have featured something a little more light hearted. For me the music and lyrics really work, on the featured song, it's more a gentle parody of what if's. It's different and highly enjoyable.

The Winachi Tribe are introduced to us with the following words - The psychedelic funk of George Clinton, the brooding menace of Massive Attack, the rolling hypnotic beats of Happy Mondays and the vision and flow of Grandmaster Flash and The Furious Five are all essential ingredients to the sound and style of The Winachi Tribe, a sonic soul, electro funk collective who are unconstrained by boundaries or formula's, musically or culturally.

Lyrically explosive and musically diverse, the band were born from the belly of Northern D.Funk collective China White. The Winachi Tribe are an exceptional band of musicians and producers who have collaborated and toured with a range of artists from Ian Brown to Alabama 3, Keith Allen to The Furious Five. Percussion legend Inder Goldfinger was a member of Ian Brown's band for thirteen years, and vocalist Liam and keys player Antony collaborated with Keith Allen in the studio and also toured with him as vocalists in his band 'Fit Les' as part of his Olympic opera 'Will Cliff Be There?'

The bands first single 'Time for Love' is scheduled for release on the 20th July (A1M Records). Well the pedigree is most definitely there and on the strength of the featured piece below, so are all the vital ingredients. 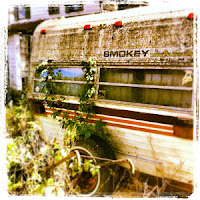 Abandoned Delta appear to be a no nonsense and to the point band. They are an East Nashville-based Indie Americana group whose self-titled debut record has now been released.

This is how they explain the release - The band wanted to put out a document of songs with no names or production credits attached because "Music is oft-times clouded in politics, over-branding and marketing manifestos that present stories other than the ones the songs tell. Who cares who wrote and performed on it or what label it's on? If it connects with the listener, then the job is done. There should be no other filters preventing that from happening."

This is the first track from the album, the expression or genre 'Indie Americana' is always going to be a draw with myself, however in the end, it's down to the music. Well for me the music not only matches the description, these are fine old tunes and worthy of a large amount of interest and a bigger audience to enjoy!