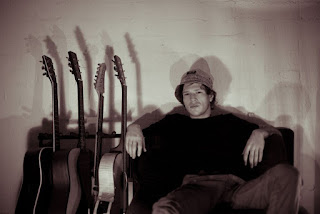 Background - Hailing from Launceston Tasmania, recently located to Melbourne in 2014 to pursue his music career. Having already had the successful supporting tours under his belt with Sticky Fingers, Thundamentals, Kingswood, Jackie Onassis, Phil Jamieson, Bootleg Rascal, Boo Seeka, just to name a small portion. Zac looks set and as if he is waltzing around with his boot raised high, ready to imprint his foot in the Australian Music industry.

Zac released a Self-titled debut Solo EP via Rockfellaz in 2010 which saw him securing his name down as a Australian APRA 2011 song writing finalist. Five years later, hundreds of live shows and also building a band, Zac has crafted his style into something hugely unique, not only his sound but stage presence as well, promising one of the most energetic and passionate sets this day and age has seen. Definitely put this on your list of gigs to see!

The track ‘Moon Mission’ was recorded and produced by Zac himself, playing all instruments alongside producer Roberto Giddio helping to mould and create the sounds in the comfort of his home studio In Caroline Springs, Vic.

A funky come reggae sound, with some refreshingly versatile and extremely likeable vocals, Zac has come up with something quite special in 'Moon Mission'. 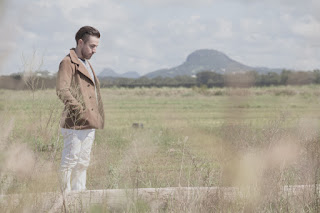 Background - Michael Fuhrman is a talented young singer songwriter from the Sunshine Coast in Queensland. He has always had a passion for music since he was a toddler singing nursery rhymes and strumming a small toy guitar for the amusement of his mother and father. Michael’s love for song writing and performing can be accredited to his family’s long history of performing.

During high school Michael began to compose songs inspired after watching an Elvis documentary. From there, Michael began teaching himself to play the family piano and it turned into one of his main songwriting tools. To the effect that he recorded his debut EP, with one track solely on the keys, and began to perform with a keyboard in addition to his acoustic guitar.

Michael recorded his single called 'London Town' at Heliport Studios in the Sunshine Coast with the talented studio engineer James Russell, with mastering done by Mike Marsh in the United Kingdom. The song is about a man’s love for his girl when she travels overseas. As the story develops, he realises he was in pain at times during their relationship and those nights that were happy, were also extremely sad. The song draws from the emotional ride a relationship can be, but maintains a lightness throughout.

The words may drift into deeper matters, but as said in the background we received, there is a lighter feel in the actual music, that builds beautifully, in what is a very fine song.