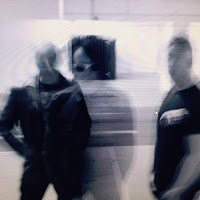 Following a 20-month stint hard at work in their own recording studio, CAA are back, with a brand new single, “Empire” hitting all stores on November 27th. “Empire”, is the first single to be taken from their hotly anticipated second album “Anti-Social Network” (out in February 2016), and has been described as what you’d get if Johnny Cash had ever duetted with Jimmy Eat World! Intriguing right?

It's been getting a little soft around here of late. Calling All Astronauts deliver the energy in container loads. 'Empire' just works on so many levels, vocals are a little bit Bauhaus versus Sisters Of Mercy, with an artillery battle taking place behind. I'm supposed to be resting after an operation, fat chance with bands like this. 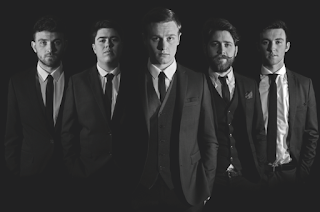 The Hummingbirds - Out Of The Rain.

Background Promo - Always synonymous with great music, there’s no doubt Liverpool has a fantastic musical heritage, birthing a unique sound traced through the songs of musical icons such as; The Beatles, Cast, The Coral, Echo & The Bunnymen, Gerry & The Pacemakers, The Farm, The Zutons, The La’s, The Merseybeats, Teardrop Explodes and more recently Circa Waves… maybe it’s the accent, maybe it’s the culture, perhaps its just growing up surrounded by the unbeatable music of those who have gone before. For sure there’s something special and undeniably recognizable about a band coming out of Liverpool, The Hummingbirds are no exception. It’s impossible to discover this band without a frisson of excitement, without doubt there’s a strong possibility they are destined to join the line up of Mersey’s greats.

The Hummingbirds are a born and bred Liverpool five-piece, with Jay Davies on lead vocals / guitar, Mic Kountis on guitar / backing vocals, Matty Brougham on rhythm guitar, Ryan Lewis on bass and Richard Smith on drums / backing vocals.  Growing up on the streets of Merseyside the 23 year old lads have been heavily influenced by music from the 50's / 60's but deliver a 21st Century take on that heritage, creating their own contemporary melodies, hook - laden choruses and dropping harmonies into Americana tinged acoustic guitar riffs, like sugar sweetening a great British brew.

Friday 6th November sees the release of the band's first EP, ‘Out Of The Rain’ with accompanying tracks, ‘Awaiting Your Call’ and ‘Home’, on their own label, Gladstone Recording Co. They will be playing dates around the country during October / November / December with 2 London dates - 14th October at The Islington and 8th December at The Barfly, and The O2 Academy Liverpool on 28th November. Their debut album ‘Pieces of You’ is due for release March 2016.

'Out Of The Rain' has the audiophile quality to challenge any modern sound system, and yet transports you along a timeline anywhere from the sixties until today. This is no tribute act, they are the real deal, whatever the decade, superb music.