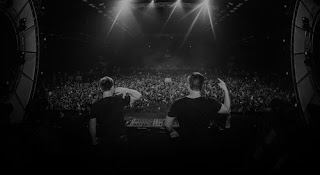 Background - Since their collaboration in 2005, Super8 & Tab have released two Beatport trance number one artist albums, played at major music festivals all over the world, including EDC, Ultra, Tomorrowland and A State of Trance and been nominated ‘Best Breakthrough DJ’ at the Miami WMC IDMA Awards. Most recently, the duo was signed to colossal record company Armada Music and shows no signs of slowing down.

Things started happening for the Finnish duo in 2004, when Above & Beyond adopted each of them individually as the first members of the ever-growing Anjunabeats family. Super8 met Tab in 2005 at a recording studio and they soon start working together. Although they have grown with Anjuna and had multiple number one releases on the label, they’ve always put out records on other imprints too; the latest of which is Armada Music. In addition to being signed to two of the biggest labels in trance music, Super8 & Tab’s other achievements include two artist albums, four mix compilations, remixes for the likes of Armin van Buuren, Paul van Dyk, Ferry Corsten and BT and countless hit singles such as ‘Elektra,' ‘Irufushi,'  ‘L.A.’ and ‘Helsinki Scorchin.’’

In 2014 the duo released their second artist album ‘Unified’, which was celebrated with a string of Beatport Top 3 singles (‘Code Red’ with Jaytech, ‘Rubicon’ with 7Skies, and ‘No Frontiers’ and ‘Let Go’, both featuring Julie Thompson). To coincide with the release of ‘Unified’, the duo embarked on a five-month album tour, taking in more than 40 cities across North and South America, Europe, Asia and Australia.

'Komorebi' has that classic trance feel to start with, and then just goes somewhere special, wonderful and quite anthemic. This is an incredible piece of music. 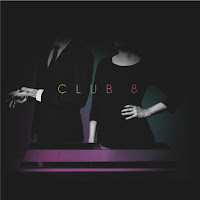 Background - Club 8 and the new album 'Pleasure' just released (November 20). Swedish duo Club 8 celebrate 20 years as a band and return with their 9th album, “Pleasure”. For the album producer and songwriter Johan Angergård (The Legends, Pallers, Acid House Kings, Eternal Death) wrote almost 30 songs and then he and singer Karolina Komstedt chose to record eight of these. Just like most Club 8 albums from the last 14 years ”Pleasure” was recorded in their own studio, the ever changing Summersound Studios.

- ”Love dies” was the first song we recorded and it set the tone and work process for the whole album. It was written in a few hours and finished the day after. Vocals was captured on the first take. For me, this is not only our probably best album to date, it’s the the most well produced in every way. Still, we haven’t done an album this fast since ”Spring came, rain fell” in 2002, says Johan.

Club 8 has always seen themselves as an international band with no plans to succeed in their home country (but accidently succeeded anyway). - We never play live in Sweden and we’ve chosen not to do any interviews here in the last years. We love Sweden, of course, but why play here when you can tour Brazil or China? Or, more importantly, produce some new music! (Johan)

The duo has released their albums on more than 40 different labels located in more than 20 different countries (including labels in Indonesia, Spain, the UK, the US, Philippines, Japan, Ukraine, Italy, Brazil, Taiwan, China, South Korea, Malaysia and Thailand). They started out the Spanish label Siesta in 1995 and had a dance hit with “Missing you” on Labrador in Spain three years later. A few years later they were among the first to popularize indie pop, possibly the very first, in Indonesia and a driving force behind the creation of the entire indie scene in the country. In the last years they’ve seen their popularity grow rapidly in China and played audiences of 20.000 people in 2014. 2015 has certainly been a productive year for Club 8’s producer and songwriter Johan Angergård. “Pleasure” is his third album this year, his 9th with Club 8 and 21st album in total.

'Late Nights' is an upbeat and up tempo mix of synths and the dreamy voice of Karolina sits beautifully above it all. As far as the album goes, some songs are slower or softer, they all have the constant quality that is Club 8. 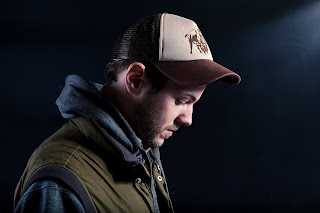 Background - British downtempo and instrumental hip hop producer Frameworks has teamed up with Emancipator’s label Loci Records for the release of his ‘Branches’ EP. Following his debut LP Tides, which was released with First Word Records earlier this year, the four-track ‘Branches’ EP sees Matthew Brewer, aka Frameworks, expand his cinematic soundscapes into bolder tempos with even more live instrumentation bringing an organic richness to his already warm compositions.

The title track, “Branches,” brings bold, organic house grooves right out of the box. Delicate atmospherics are the hallmark of “Carry On,” which functions as the EP’s lead single. “The Movement” reunites Brewer with longtime collaborator Rioghnach Connolly, whose powerful vocal style penetrates the innovative foundation. Closing with “The Passenger,” Frameworks brings brassy, pulsing beats to a fanfare of a climax.

Brewer first became a part of the Loci Records family after opening for Emancipator at a UK tour stop, who then asked him to lead off his Dusk To Dawn remix album with a version of the title track. From there, it was only natural to release an EP with the imprint. He just recently finished up his first US tour, alongside Vibe Street and Dreamers Delight, and looks forward to hitting the road again soon.

First track off the EP 'Branches' typifies the overall quality of Frameworks new release. It's intricate, with an attention to detail, its also incredibly well composed and deserves a lot of attention.