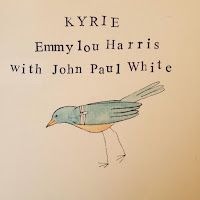 Background - Emmylou Harris & John Paul White have released "Kyrie," the second single from the upcoming Mercyland: Hymns For The Rest Of Us, Volume II compilation. "Kyrie" is available today as a single for purchase and streaming at all digital outlets. The full Mercyland compilation will be released on January 15, 2016 on Mercyland Records.

This is the second installment of the Mercyland compilation, bringing together some of the most prominent voices in Americana music. "I don’t know that the first Mercyland would have even happened without Emmylou’s involvement," says Phil Madeira. "When I started Volume II, she suggested we write together, which of course was an honor.  She brought lovely verse ideas to the table, but a chorus eluded us until the words 'Kyrie Eleison' appeared.  What better prayer can be prayed than to ask for mercy?"

Classic Emmylou Harris with sensitive accompaniment by John Paul White (John Paul White is an American singer-songwriter, and was a member of the Grammy Award-winning duo The Civil Wars). It's a charming tender song. 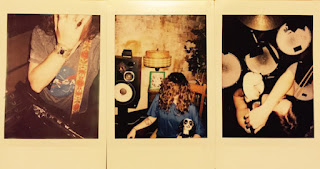 Background - Twin Limb’s debut 'Anything Is Possible and Nothing Makes Sense' was relesed last Friday. Twin Limb are type of nouveau Americana, enlisting all the roots-y singing and strings their part of the world has been known for since its inception, but stacking all the types of production tricks we've learned over the decades, bringing us to 2015.

Twin Limb is proof that a band can be a powerful trio without being a "power trio". When friends, Lacey Guthrie and Maryliz Bender decided they were going to build a musical edifice together, they eventually enlisted the producing prowess of Kevin Ratterman, not knowing that his organic style would blend so well with their own; bringing post-punk guitar sprinklings to a yearning, but militaristic amalgam of soaring vocals, percussion, and slowly-kneaded accordion. Once Ratterman officially joined, the production of the long player interestingly ceased, and following what the three felt they should do to honor their output, they began work on a second release, the EP Anything Is Possible and Nothing Makes Sense. In an age of rushing full lengths, sometimes an outfit does not get the opportunity to suddenly pivot to follow what their music dictates, but in the new wild west of the music industry... well, anything is possible.

Oh I do like the featured track 'Don't Even Think'. Atmospheric music supports the superb vocals and emphasises the 'powerful trio' versus 'power trio' comments above. A beautiful distinct and memorable song. 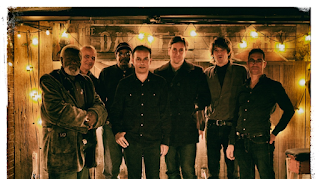 Background and the story so far  - Steve Mahabir's family moved from Trinidad to Canada when he was seven, exchanging an idyllic island lifestyle for the gritty Toronto neighborhood of Parkdale.

The Caribbean rhythms and steel drums of childhood quickly morphed into a rock and roll adolescence for Mahabir as he turned to the electric guitar. He co-founded the seminal Canadian alt.rock band Groovy Religion and held down a residency at The Beverley Tavern's infamous “Elvis Mondays” ground zero for Toronto's explosive 1980s Queen Street music scene. Mahabir recorded three albums with the group, appeared on compilations and soundtracks, backed Jim Carroll for several Toronto shows and shared bills with the likes of the Beastie Boys, Hüsker Dü, Dream Syndicate, Barenaked Ladies and many others. He also played with Scott B. Sympathy, Parts Found in Sea and Ministry of Love before largely putting music on the back burner as he started a family and then a store front business in Parkdale.

Music still coursed through Mahabir’s veins, however, and he’s now finally set to release his debut solo album, Angel in Parkdale, through Big Canoe/Bungalo/Universal. The 16-song, 50-minute record offers an eclectic mix of instrumentation and sounds that combine to create a concept album that pulls no punches in telling a gripping story of a one-time drug dealer and his girlfriend that’s based on real people and situations that Mahabir has dealt with over the past 16 years. Some songs were written in just 15 minutes while others took a few years to gestate, but they form a cohesive collection of driving rock, country-based roots, simmering ballads and haunting pop numbers.

'Riding Cowboy' may only be a little over two minutes long, but it's one mighty tempting hook, to go out and purchase the rest of the album. It just oozes quality and with a 'CV' like the one above, you kind of expect that at the very least.