Baskerville Jones - So Right (From The Forthcoming EP Mile 1) 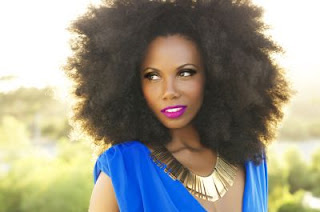 Background bio - Born in Nashville, Tennessee, soul-singing Baskerville Jones left her hometown and moved to Los Angeles to pursue her musical aspirations.  She began gaining attention doing background vocals for prominent artists and touring and performing with seven-member ensemble The Rebirth, all the while forming musical partnerships that landed her on stage and screen nationally and internationally.

In 2012 she was featured on the single "Born to Flow" from Morehouse Records recording artist Groove Junkies, which made the Top 20 on Soulful House Music Charts. As a lead vocalist of the soul, jazz & funk fusion band The Rebirth, Baskerville's vocal contributions are interwoven in the band's sophomore album "Being Thru the Eyes of a Child." Their single "This is Coming To?" landed in the top 5 of UK Soul Charts, which kicked off the success overseas of the album.

Over time, she has acquired a slew of credits, thanks to her work with an eclectic mix of artists on stage and in the studio such as R&B artists Heather Headley and Chrisette Michelle, gospel artists Dottie Peoples & Richard Smallwood, international acts Arman Hovhannisyan and Harout Balyan.  In 2012, she had the honor of performing with one of her major musical influences, Sly Stone of the pioneering 70's funk ensemble, Sly and the Family Stone.  Among Stone, Baskerville counts Aretha Franklin, Whitney Houston, Yolanda Adams, even the folk and country of her Music City roots among her immediate influences.  Her voice evokes the pure soulful roots of early rock n' roll as well as the smooth sounds of R&B.

After more than a decade of singing to support projects of her friends and colleagues, her first solo project, the Mile 1 EP, is a vehicle to acquaint her audience with the artistry that truly is Baskerville Jones.  This stripped, lyric driven introduction shows her range and versatility as a singer and depth as a solo artist – a softer, sweeter departure from the funky homage that is her band The Rebirth.  Baskerville Jones' EP Mile 1 is slated for release May 3, 2016.

'So Right' is the second of five songs on the EP (there are an additional two instrumental versions also included in the release), this is the lead single. This is one really fine EP. It's drifts from soul to folk numbers, not to mention some beautiful blues influences. Musically she is supported by some top musicians, there's Matt Rohde, Darrell Crooks, Adam Hawley, Jonathan Jackson, Jr, whose CV's read like a whose who of music, in terms of who they have worked with. This is class all the way.