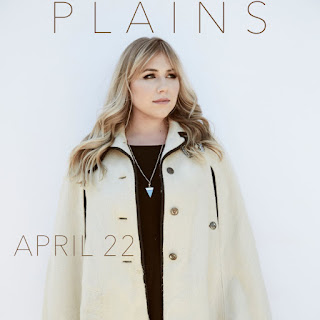 Background words - Jessica Rotter is able to transcend creative boundaries and defy what's expected of a modern female musician. The songstress' voice has been heard across multiple genres, from movies, TV shows and commercials to backing vocals and collaborations with other artists—all in addition to her original songs. The list of artists she has worked with reads like a who's who of the music industry today: Daft Punk, Carole King, Alicia Keys, Sam Smith, Macklemore & Ryan Lewis, and others.

Rotter's family roots are steeped in music, with her grandfather writing songs for Frank Sinatra and Dean Martin. With this background, Rotter describes herself as a "musical storyteller" with classical training from Pepperdine University in opera, musical theatre, and directing for theatre and film. She is just as comfortable using her voice in a major feature film (credits include Pitch Perfect 1 & 2 and Frozen) as she is performing one of her original songs live.

Following the success of charting #1 on HypeMachine with her mashup of Stay/Animal with Emily Colombier, Rotter is embarking on her most powerful and ambitious project to date; the full length release of Plains. Produced by Cazz Brindis and mixed by Scott M. Smith (Carole King, John Mayer, Katy Perry), the 11 track record is breathtakingly stunning and cinematic. Most uniquely, Plains is organically raw with the listener being able to hear breath in every track, a rarity in today's over produced musical landscape.

In the album's leading single "Pray for Rain", Rotter poignantly describes wrestling with falling in love in "uncertain times, lost times and times of revelation." On the track "Stars", you can clearly hear Rotter's past of free spirited travels and musical influences of early 60s folk and Americana. "Let Me Go" is a well-crafted, catchy and emotional pop tune expressing the restless moments found in relationships. Plains will be released April 22nd.

'Pray For Rain' explains very clearly why Jessica Rotter has worked with so many top artists. Her vocal abilities are quite special and this song really showcases that. Musically thing get better still, with the excellent production, heightened more, as music and vocals weave around each other. 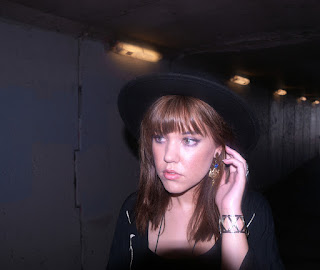 Background promo - Following on from three successful singles, with one (“Murderers On The Inside”) being optioned by HBO and remixed by LA based producer Stephen Kozmeniuk (Madonna, Kayne West) comes Em George’s fourth release “The Grind” which is the first single from her debut EP.

This first release from her debut EP follows on from her third single, “Paper Hearts” in 2015. It spent two weeks in the AMRAP Metro and Regional charts reaching number three. It was also featured in The Music Network alongside artists such as C.W Stoneking. It was released to radio in United States receiving airplay in New York, Texas and California.

After playing at various live venues around Sydney such as Venue 505, The Vanguard, Oxford Art Factory, Brighton Up Bar, Bondi Bowling Club, FBi Social and The Sly Fox, Em George has built up a unique live performance style that is all her own, forging a path in the live music scene. “The Grind” by Em George will be released 4th of March 2016.

'The Grind' allows Em George to demonstrate her vocal talent, with this passionately delivered song. The contrast between her singing and the delightfully stripped back, acoustic background is excellent. This deserves to be heard. 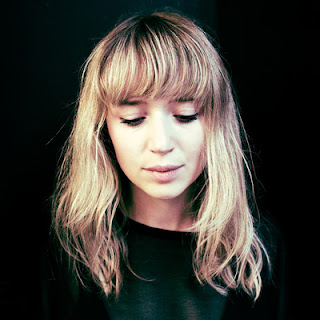 Hannah Lou Clark - It's Your Love.

Background promo - Hannah Lou Clark has announced a brand new EP Its Your Love, due for release 22nd April on her own label Quatre Femmes Records via PIAS.

Extensive touring around the release of debut EP Silent Type, gave a fresh perspective on certain things in Hannah's life. Its Your Love was written over this touring period and sees Hannah experiment further sonically with interesting sounds and textures and vintage drum machines. Winning a Rhythm Ace on Ebay, became the musical catalyst for the EP as well as the time previously spent collaborating with artists such as Rob Ellis (Torres, Anna Calvi, PJ Harvey) and Deb Goodge (My Bloody Valentine) .The completion of this EP marked the end of a life chapter, and the beginning of a new one.

Hannah said of the EP - "Sometimes in life it feels as though people are holding a gun to your head, and you have to suck it up and get on with it. I wanted the music to replicate that repetitive feeling of frustration. This whole EP is really about that realisation, in three chapters."

Its Your Love offers an artist in full command of her voice and her instrument, a woman who knows exactly what she wants to offer listeners and who isn’t afraid to cover sunlight with clouds. The title track sees the protagonist trapped inside a small wooden drum machine, and driven mad by the Bossa nova.

Hannah has announced her first UK headline tour, the news follows stunning headline shows at St. Pancras Church and Southbank Centre’s Purcell Room and support tours with the likes of Ezra Furman, Thurston Moore and Gaz Coombes including an incredible Roundhouse 'In The Round' show. With more festivals in both the UK & Europe to be announced soon this year is set to be an exciting one for HLC

The opening 'drum machine' beats had me expecting something quite different, from the powerful and superb 'It's Your Love'. It's no nonsense delivery and intense vocals makes for one potent and pleasing song.