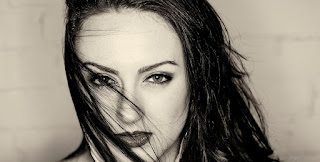 Lauren April - Picture On The Wall.

Background promo - At the forefront of the bustling Country Music scene in the UK, Lauren April launches herself to the top of the most promising new artist’s lists with the remarkable debut single “Picture On The Wall”, released Monday 16th May 2016.

“Picture On The Wall” comes from a very personal place, showcasing April’s unique ability to connect with audiences through her vivid storytelling and prolific song writing. The debut single resonates with emotive, relatable stories of the lessons learned in love and with tension building musicianship that oozes with modern flair.

Lauren was discovered after astounding audiences with her souring vocals and her ability to connect at open-mic nights in her home town of Nottingham. Word soon spread leading to spins from BBC Introducing, nationwide airplay across all regional BBC Radio stations on Mark Forrest’s evening show and Nottingham Trent University Radio becoming keen supporters of the 20-year-old singer and self-taught guitarist.

Tipped to be the next big name in UK Country Music and her debut EP out later this year, Lauren April takes to the road in May and June supporting The Sons Of Pitches, winners of BBC2 TV’s ‘The Naked Choir’:

Although 'Picture On The Wall' is described as country music, I would suggest it's broader than that, and will appeal to a wider audience beyond pure country fans. However you categorise it, this is a really good song and Lauren's vocals are just right for the part. 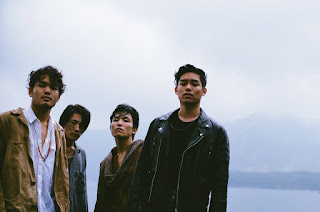 The fin. - Through The Deep.

Background promo - About ‘Through The Deep’ There’s a theme running through the beauteous new EP by The fin. that permeates more than just the song titles. Oceanic imagery features heavily in Yuto Uchino’s lyrics, as references to ship, shore and submersion loom large. The singer articulates these tales of impermanence and transition to a shimmering, sophisticated indie art-pop backing that will be familiar to fin. fans, even though there’s a greater electronic influence to this EP, as synths carry more of the weight, melodically and rhythmically.

About The fin. “At the end of the day, we just want to be seen as borderless.” Yuto Uchino. Hailing from the vibrant Japanese port city of Kobe, The fin. are a reputed and singular attraction in their homeland due to their stylish Europhile blend of synth-pop, chillwave and dream-pop, complete with English lyrics addressing universal themes of everyday uncertainties. Often referenced alongside the likes of Beach House, Phoenix, Metronomy and M83, the quartet have, since forming in 2012, performed before thousands of rapturous fans at major Japanese festivals including Fuji Rock, Rising Sun and Viva La Rock. Not content with such acclaim in one country alone, Yuto Uchino (vocals and synths), Ryosuke Odagaki (guitar), Takayasu Taguchi (bass) and Kaoru Nakazawa (drums) set their sights worldwide and in 2015 embarked on a major tour of the US, which included a performance at SXSW, before making their first forays into Britain with a handful of dazzling shows in support of their debut UK EP, ‘Night Time’. Their much-anticipated return to these shores this spring comes in the wake of a second British release and a growing recognition that there’s an act of rare, sophisticated beauty creating a big noise in the East. It’s time to turn your gaze to The fin.

We featured The fin back in November of last year. The new five song EP is so good the least I can do, is mention it. The beautiful title track 'Through The Deep' is incredibly catchy and the understated indie feel and vocal harmonies are pretty special. 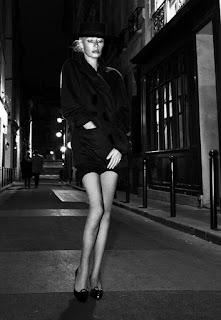 Background promo - Originally from London, now a resident of NYC, Wendy James wrote her latest album ’The Price Of The Ticket’ in its entirety, with the exception of two inspired cover choices, 'It's Alright Ma' by Bob Dylan and 'You're So Great' by Fred 'Sonic' Smith. Recorded in her adopted city, 'The Price of the Ticket' is available on vinyl, CD and via digital download. The record reached No.13 in the Official UK Indie album chart and No.15 in the Official UK Vinyl album chart. It is presented with arresting and beautiful artwork by Kym Ellery and Roze Hooij.

From the album comes a double A side single that showcases Wendy's Garage Rock and Roll credentials perfectly. 'Indigent Blues' is an infectiously upbeat song that Wendy wrote to evoke English 60s Pop. She says "I wanted to create a carefree, suburban London sound, a distinctly English feel, inspired by the movie Georgy Girl and it’s theme tune by The Seekers. There was a period in the late fifties to sixties, where theatre, music, playwriting, and politics, all came together. There was a great sense of optimism but also naivety in young English people. I’m not talking about the hipsters on Carnaby Street but slightly more removed, where they were just wearing their mini skirts for the first time. A tremendous sense of optimism."

'Bad Intentions and a Bit of Cruelty' is bursting with New Wave energy, attitude and raw Rock and Roll. The video, filmed in Paris sees Wendy walking through the city as dawn breaks, champagne bottle in hand, the very embodiment of Art Rock.

Wendy James has spent her entire adult life in the public eye, her musical evolution recorded in a huge body of work, both through her first band Transvision Vamp and as a solo artist. An icon born of the late eighties and early nineties pop punk scene, Wendy's talent, style and attitude led Miley Cyrus to proclaim that Wendy was her original pin-up; whilst Wendy's principles as an uncompromising artist, songwriter and musician have led to an alignment with her own musical inspiration Patti Smith. Indeed this album sees her working with Lenny Kaye of The Patti Smith Group together with Glen Matlock of the Sex Pistols and James Sclavunos of Nick Cave and the Bad Seeds. The album's cover versions feature Iggy & The Stooges' James Williamson on guitar/bass and Steve Mackay on Baritone Sax. Wendy James has achieved what few can or have: longevity and a forward motion trajectory in New Wave Garage Rock.

The double A side single is a reminder of just how talented Wendy James remains. The featured song 'Indigent Blues' really does capture a carefree sixties feel, with real pop sensibilities. The other song 'Bad Intentions and a Bit of Cruelty' has Wendy's trademark post punk or new wave credentials. All in all these are two fine songs from a very good album.